In the second of a series of special OVF features to mark the build-up to the unveiling of the long-awaiting Roy Sproson statue, here’s a vintage interview with Roy Sproson from the 1970’s.

This interview with then Vale manager Roy Sproson appeared in a 1974 Port Vale programme. 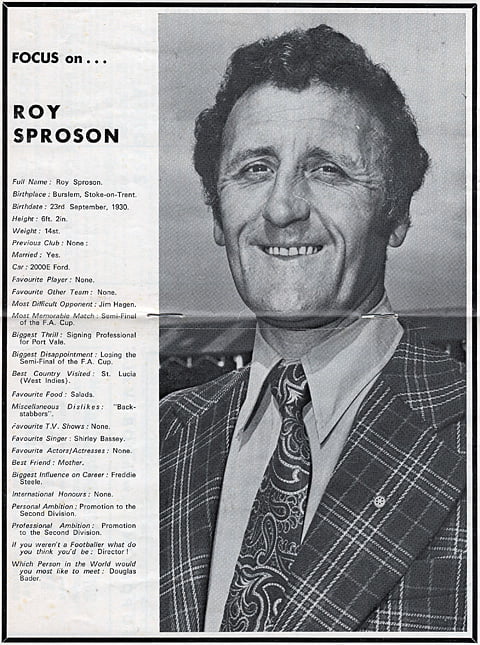