We present two first-day covers which were specially produce to celebrate significant events in the history of Port Vale FC.

The first edition was produced in 1976 and celebrated the club’s centenary (this one, the editor’s, has also been autographed by Kenny Beech): 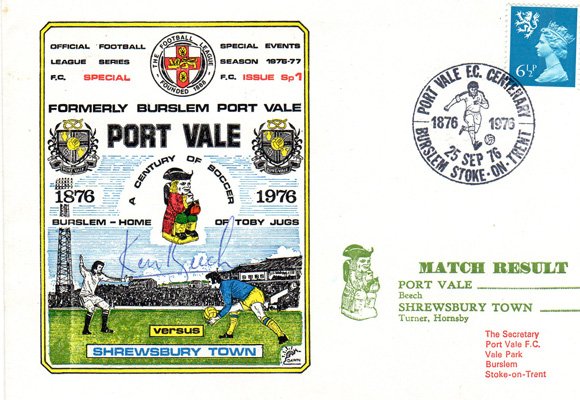 The second was produced in 1993 and celebrated the club’s first success at Wembley Stadium in the Autoglass Trophy: 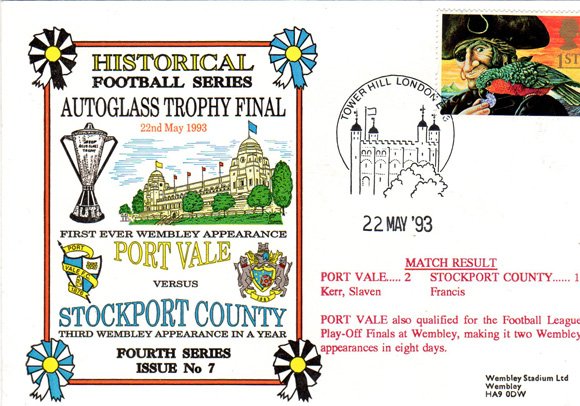 Please share this on:
Pictured: the goal that took Vale into the semi-final Flashback: “Lol’s lovelies,” 1973

Watch: the Autoglass road to Wembley 1993

The (Autoglass) road to Wembley