The first of two articles looking through the pages of Port Vale’s souvenir promotion programme celebrating the successful 1982-1983 season. 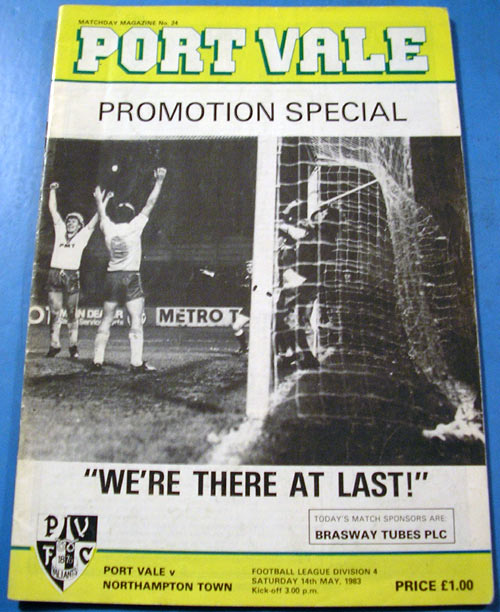 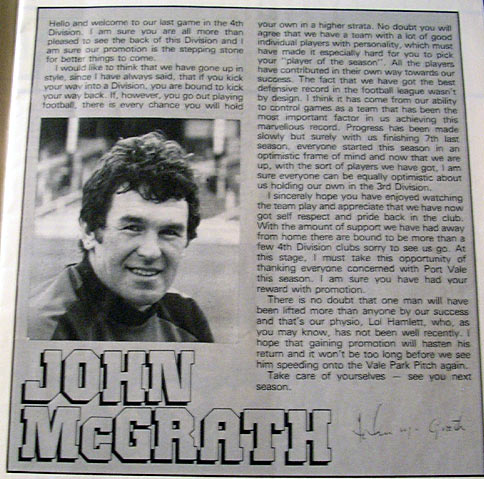 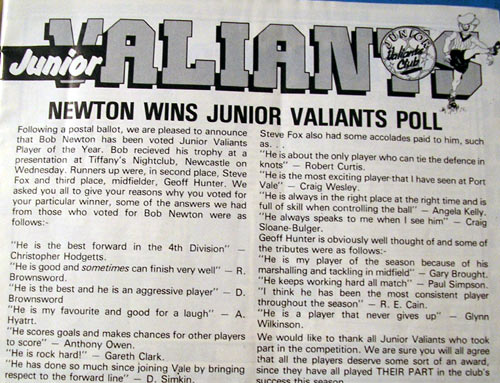 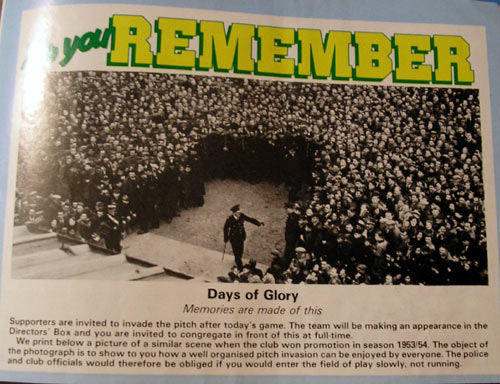 Picture Credits Read:
5. Russell Bromage scores direct from a free-kick in the home match against (name obscured) perhaps the most peculiar goal of the season
6. Four Vale players were named in the PFA Division Four team of the year – a club record. They were Russell Bromage, Geoff Hunter, Steve Fox and Phil Sproson (Editor’s Note: Steve Fox boasts an impressive perm in this pic)
7. Halifax Town provided Vale with possibly the stiffest test of the season when they visited in February. Geoff Hunter and Phil Sproson’s goals managed to crack their defence

Picture Credits Read:
19. It’s sad that Lol Hamlett’s illness has kept him away from the club for some time – hopefully he will be able to attend and take part in today’s celebrations
20. Smiling Miss Port Vale 1983 – Miar Glaze
21. Our infamous ‘Spot the Mistakes’ photo – can you spot them?
22. Our marvelous fans – where would Port Vale be without them (Editor’s Note: The player celebrating is Bob Newton) 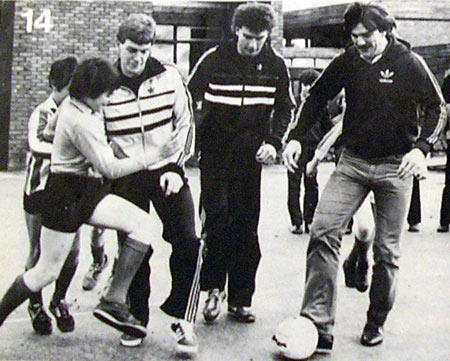 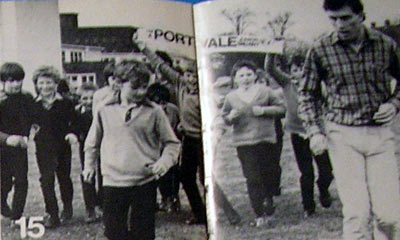 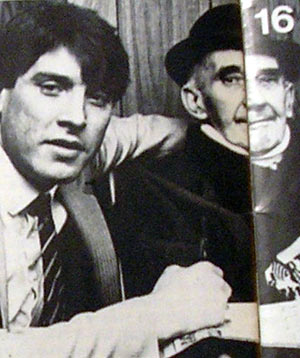 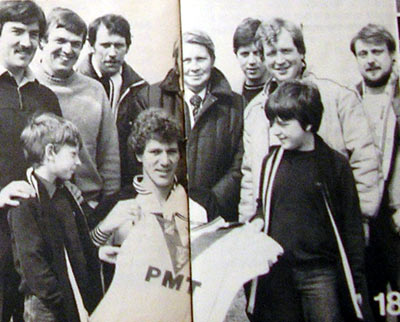 Picture Credit Reads:
14, 15, 16. 18 Public relations have played a big part in the day-to-day life at Vale Park as the pictures show (Editor’s Note: Players in 14 include Russell Bromage on the left. The player pictured in 16 is Bob Newton) 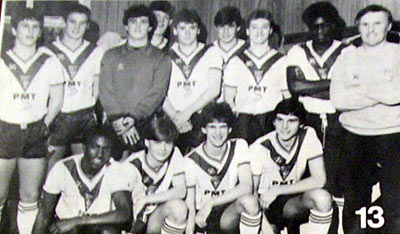 Picture Credit Reads:
13. The Port Vale Youth team had a successful season going out in a third round replay against eventual winners Everton (Editor’s Note: That picture includes Mark Bright front left and Robbie Earle back right and Chris Banks second left at the back) 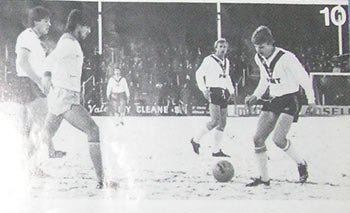 Picture Credit Reads:
10. Champions Wimbledon visited us in December and the game was played on a snow-bound pitch with Vale winning 1-0 thanks to a goal from Bob Newton 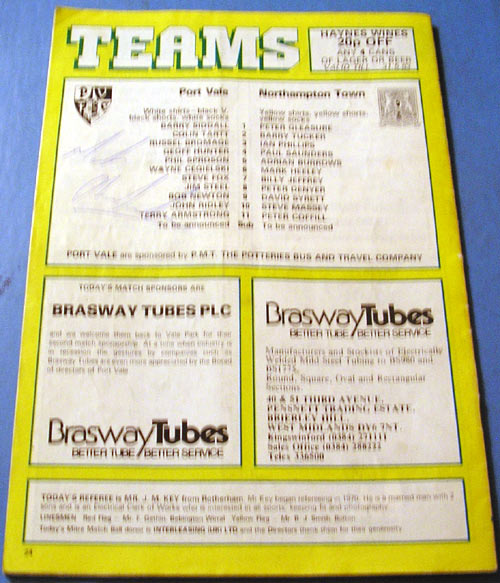