The figures don’t include corporate and hospitality figures which are both expected to be up on last season following the opening of the Robbie Williams suite.

Vale have also reported more than 4,000 sales of their new home shirts after their official launch last weekend, a figure which is almost double the figures at the same time last season. 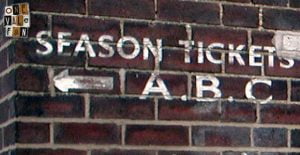 For more information and prices please visit this page –