Crawley Town v Port Vale. The Valiants have been in good form but will they be able to continue it in West Sussex? Here’s our match preview…

The Valiants recorded an excellent 3-1 away win back in March thanks to goals from David Worrall, Nathan Smith and Tom Conlon. It completed a double over Crawley with the Valiants winning 2-0 at home in last season’s opening game thanks to Mark Cullen’s double.

Crawley, we have a lot of respect for John (Yems) and Lee Bradbury, their management team. They are real, proper, good footballing people. They are not in great form over the last three or four (games) but they were a bit like this last season, a bit streaky. They can hurt any team in this division, they have some very good players, some talented players, so we are expecting a tough test…

You don’t become a bad side overnight, but then again who’s ever said we are a good side. We’re becoming a side that people like playing against because they know they can roll us over…

Crawley manager John Yems after the loss to Scunthorpe Utd

You’ve got to respect the opponents. Crawley’s a tough place to go… 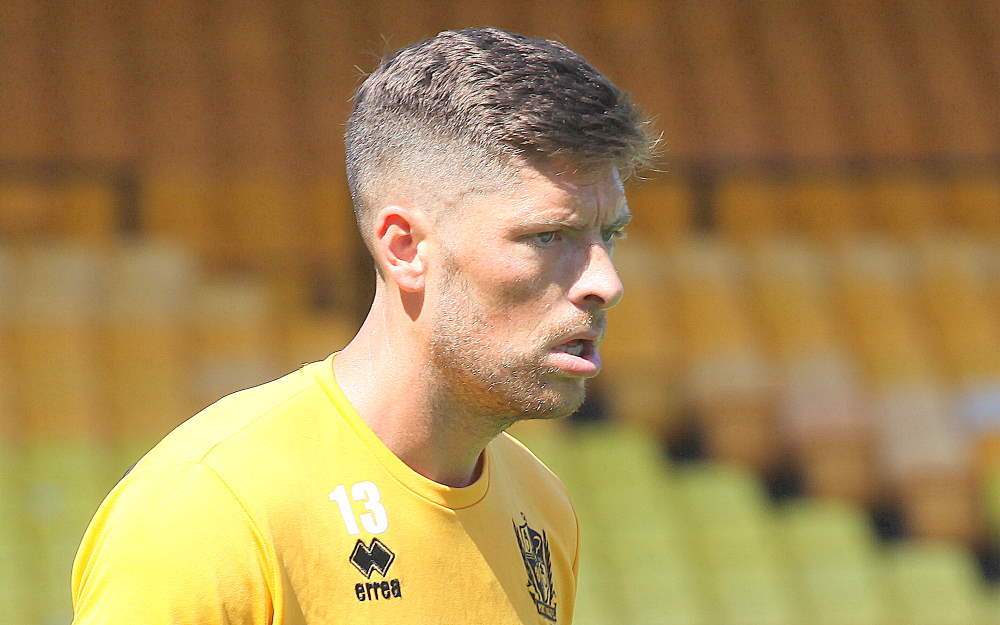 Top-scorer Jamie Proctor may still be missing as he recovers from injury, but in his absence Vale comfortably defeated Colchester 3-0 so perhaps his absence will not be felt again. Dennis Politic started the game against the U’s and he could begin again if Darrell Clarke opts for an unchanged line-up. However, that’s very much up in the air as the manager has consistently said that he will chop and change his starting eleven to the one he feels is best suited to beat the opposition.

Proctor will join Leon Legge and Ryan Johnson on the sidelines but the Valiants will otherwise have a fully fit squad to pick from.

The Valiants will need to be wary of striker Kwesi Appiah who has scored twice in the last two games. The 31 year-old has an impressive record of five goals in four starts this season and will need to be watched closely by the Vale defence.

Manager John Yems branded Crawley Town’s performance in their 2-1 defeat at bottom-of-the-table Scunthorpe United on Saturday as the worst he’s seen in his tenure at The People’s Pension Stadium. 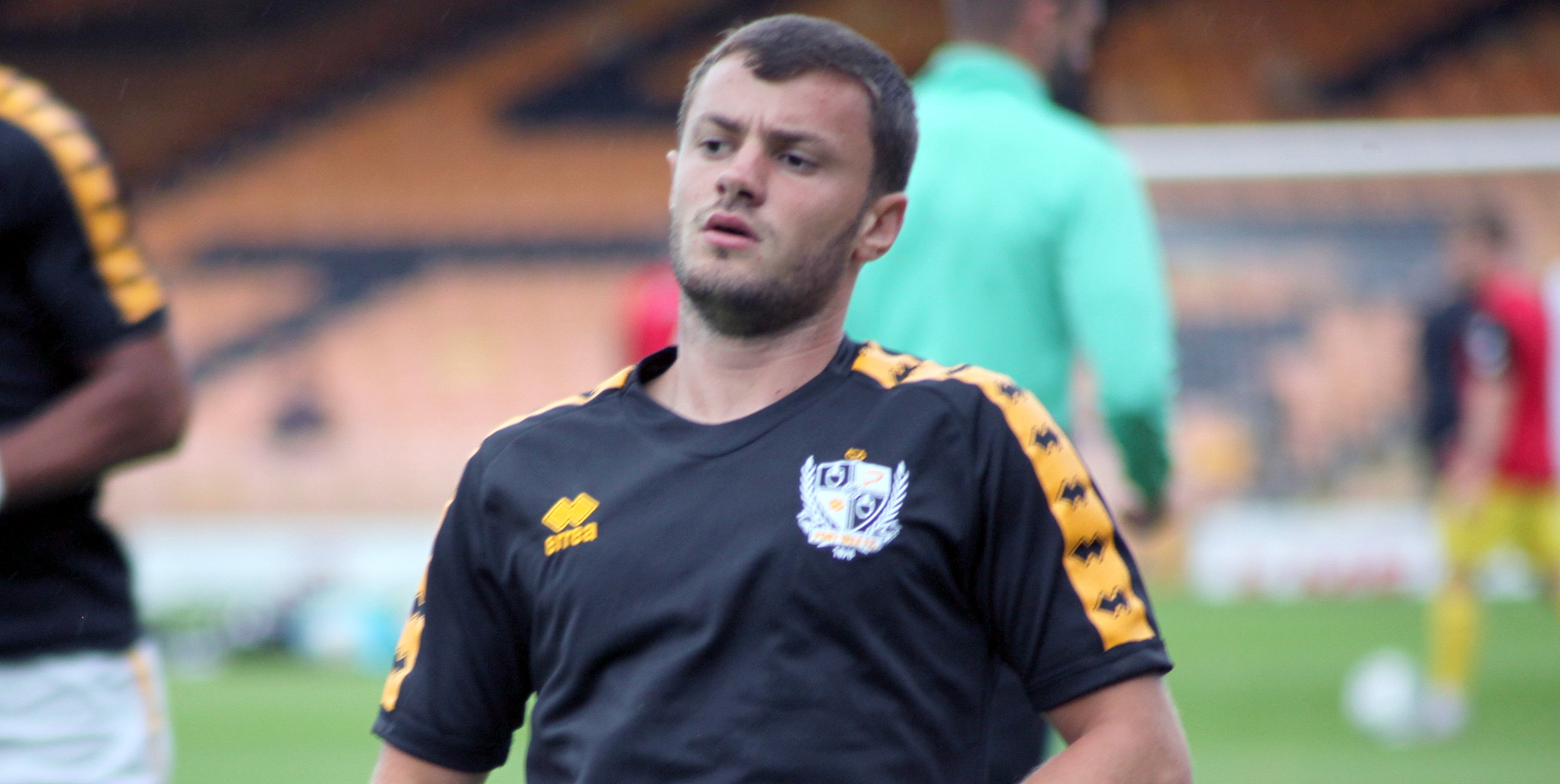 Vale’s imperious home form continued on Saturday with their fifth straight home win. Their form away from Burslem has been more patchy with a draw at Mansfield and defeat at Sutton

Crawley had a poor away defeat to Scunthorpe in their last outing. It’s been a tough spell for the club with just one win in their last six games. They last won at home back in September.

The Valiants will face former winger Mark Marshall who joined the club in the summer. The 34 year-old spent a single season with the Valiants between 2014 and 2015. The diminutive wideman impressed at Vale Park after he scored seven times in 46 League appearances. After departing the Valiants, Marshall had spells with Bradford City, Charlton Athletic, Gillingham and Northampton Town.

Vale’s forward Jamie Proctor also had a spell with Crawley between 2013 and 2014. However, the targetman is likely to miss this game through injury. 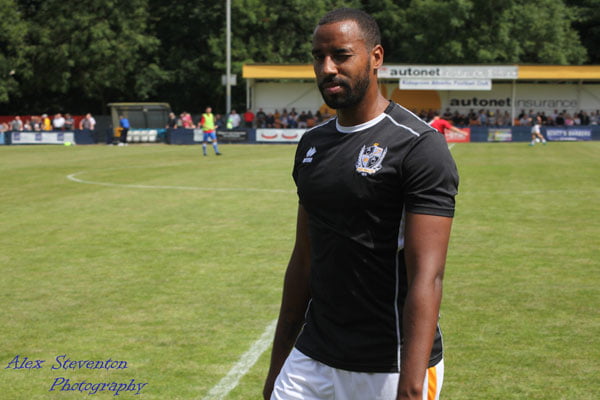 Striker Tyrone Barnett had contrasting spells with both clubs. He joined Crawley in 2011 and scored the side’s first-ever Football League goal. His form was such that he attracted the attention of rival clubs.  After hitting fourteen goals during 2011-12, he was snapped up by Peterborough United for a fee believed to be around £1.1m.

In contrast, Barnett’s spell at Vale Park was less spectacular. Signed in the summer of 2017 by Michael Brown, he struggled to break into the side and was transfer listed in the summer of 2018 by Brown’s replacement Neil Aspin. Barnett left to join Cheltenham in August 2018 having scored just twice in 28 games for the Valiants.

The Port Vale team sheet for our 2018 clash… 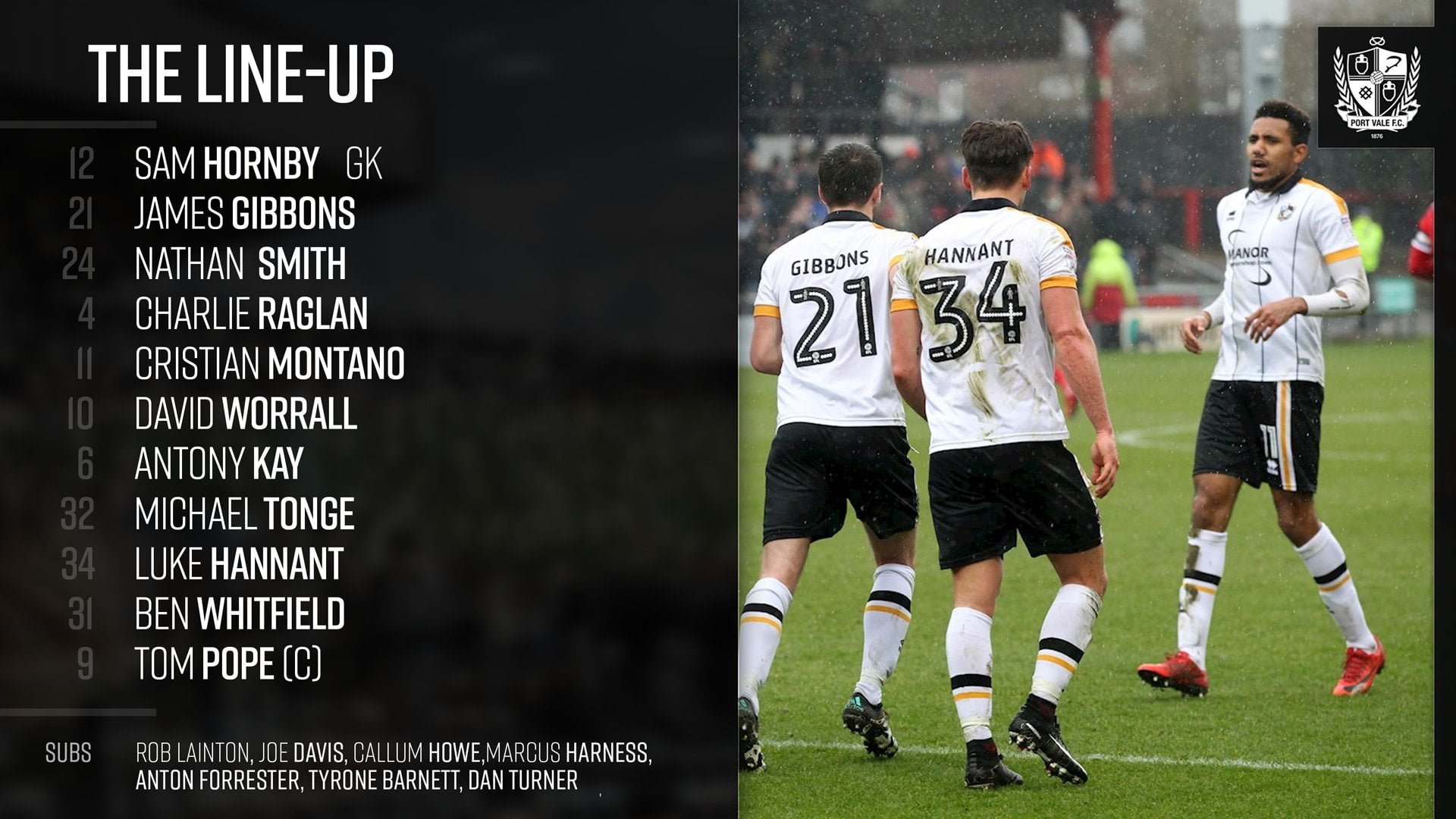 The club was formed as Crawley Football Club in 1896 and changed its name to Crawley Town Football Club in 1958. Controversial manager Steve Evans steered them into the Football League in 2011. In 2012, they went up to League One before being relegated back to League Two in 2015.