Often forgotten amongst the glory matches of Spurs and Everton, the FA Cup win over Southampton is relatively unsung but remains a fine performance by John Rudge’s side.

See our complete coverage of the FA Cup win over Southampton

Bernie Slaven was the hero as Port Vale knocked out top-flight Southampton in an FA Cup replay. See our complete coverage including press clippings and video.

Like the Arsenal and Everton games, the precursor to the performance was a fine away performance. In this case, Vale secured a fine 1-1 draw thanks to a strike by Andy Porter. The replay was notable for the poor weather, the Hamil End being open for home fans and a winner from veteran Bernie Slaven.

Our thanks to Vale fan Ken Grocott for the press cuttings. You can click on each image for a larger version. 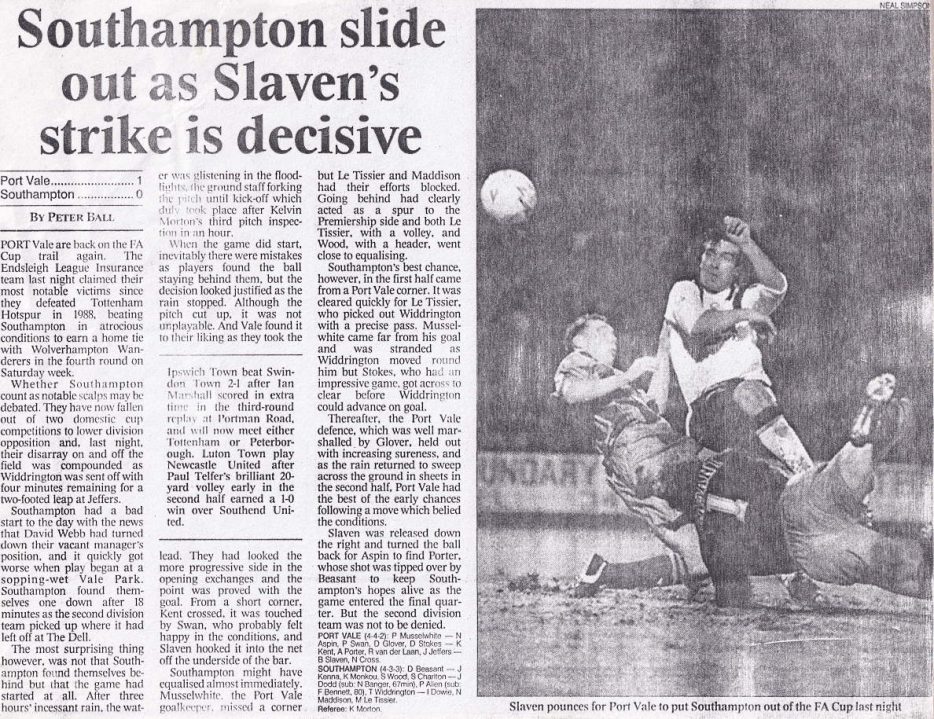