Kidsgrove Athletic v Port Vale match preview: it’s Darrell Clarke’s side first friendly of the summer on Saturday and here’s our guide to the action… 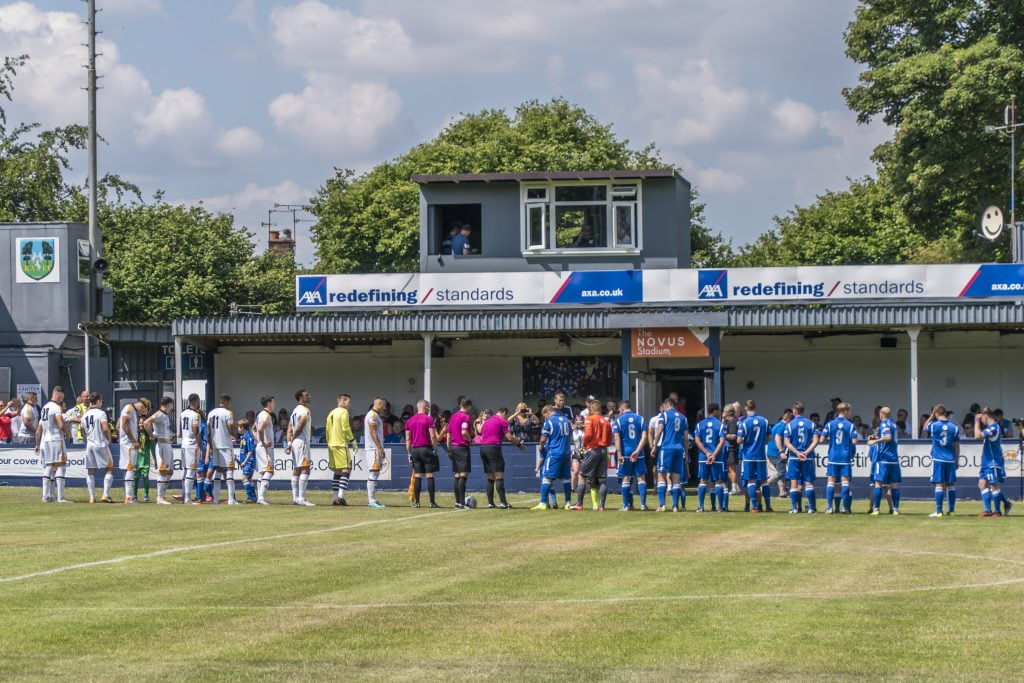 Note:  The game is strictly all-ticket with tickets available online from Kidsgrove Athletic. The ground capacity has been halved to around 1,300 for the game to comply with Covid regulations and, after an initial batch of 1,000 sold out, Kidsgrove report they are close to also selling the final 300 tickets. 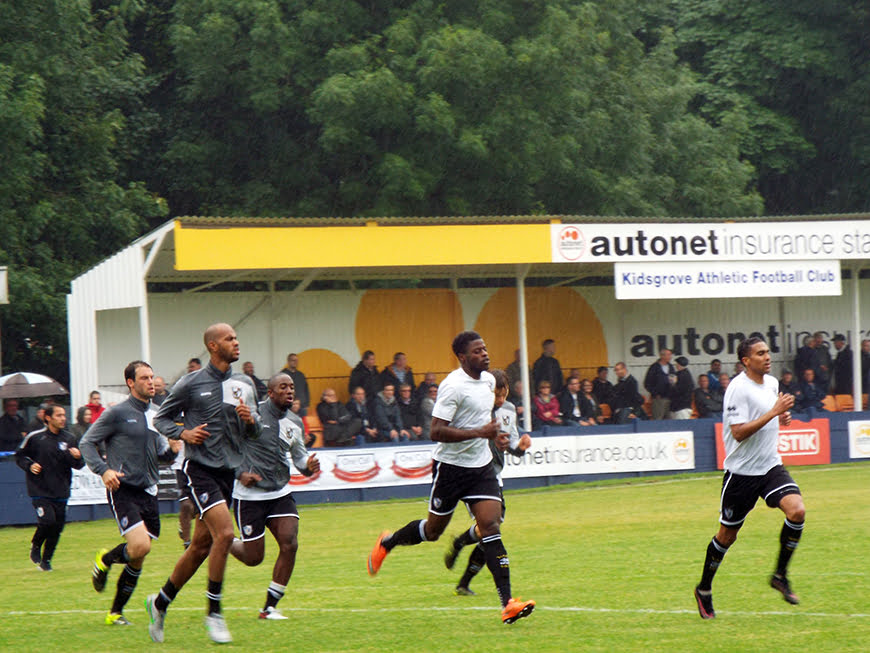 There were no friendlies against non-league sides in the Covid-hit 2020-21 season so the sides last met at the start of the 2019-20 season. The game finished in a 2-1 win for the Valiants in front of a crowd of 1,689. The scorers that day were Richie Bennett and Mark Cullen.

The image is taken from our 2016 game as the Port Vale squad warm-up on the pitch.

You can find out more in our previous meetings feature here

There’s no news of any injuries so all of Darrell Clarke’s summer signings could feature in this one. Just in case you were on Mars, Vale signed ten players in the summer (see the full list in our squad tracker feature). Supporters will no doubt be keen to see the likes of Lucas Covolan, Aaron Martin, Tom Pett and James Wilson in their Vale shirts (this game also being the first appearance for the new Port Vale home kit).

It’s a big day for the home side as they welcome back supporters for the first time in six months. Striker Anthony Malbon is under no illusions about why the game is important. He told the club website:

People sit there thinking it’s nice playing against them, but the reason Port Vale coming to us helps us out massively and helps the club’s finances. So us playing Port Vale is a massive thank you from us on that end and, I don’t think a club like Port Vale realise how big it is for a club like Kidsgrove to be playing them, because of the financial aspect. You’re getting between 1,000-1,500 fans in, which goes a long way for the football club…

The aforementioned Malbon, a former Vale youth team graduate, seems to have been around for years but is still just 29 years of age. The striker made three senior appearances for the Valiants between 2008 and 2011. 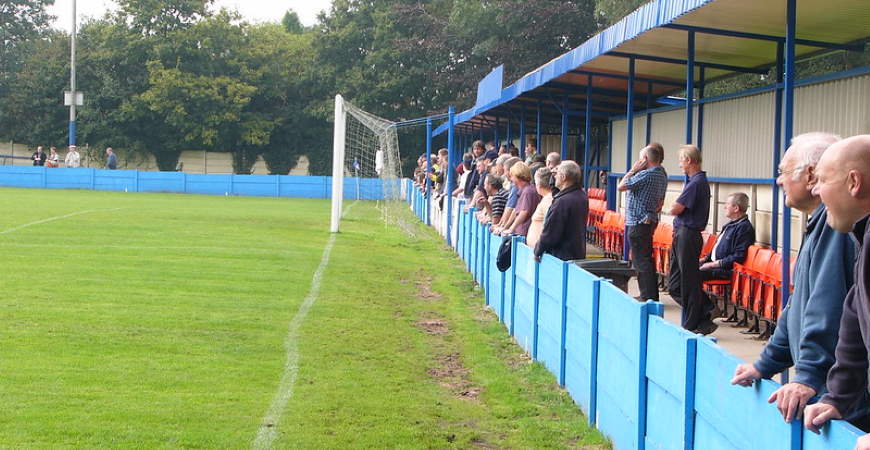 Kidsgrove Athletic was formed in 1952. They joined the Staffordshire County League in 1963 and won the Division One title in 1965-66. They moved to the mid-Cheshire League and won the title on four occasions as well as the league cup on three occasions. They joined the NW Counties League in 1990 before earning promotion to the Northern Premier League. They are currently in the Northern Premier League Division One West.

OVF has been in existence for over twenty five years and now has over 10,000 articles. Here is a selection of media featuring previous encounters: 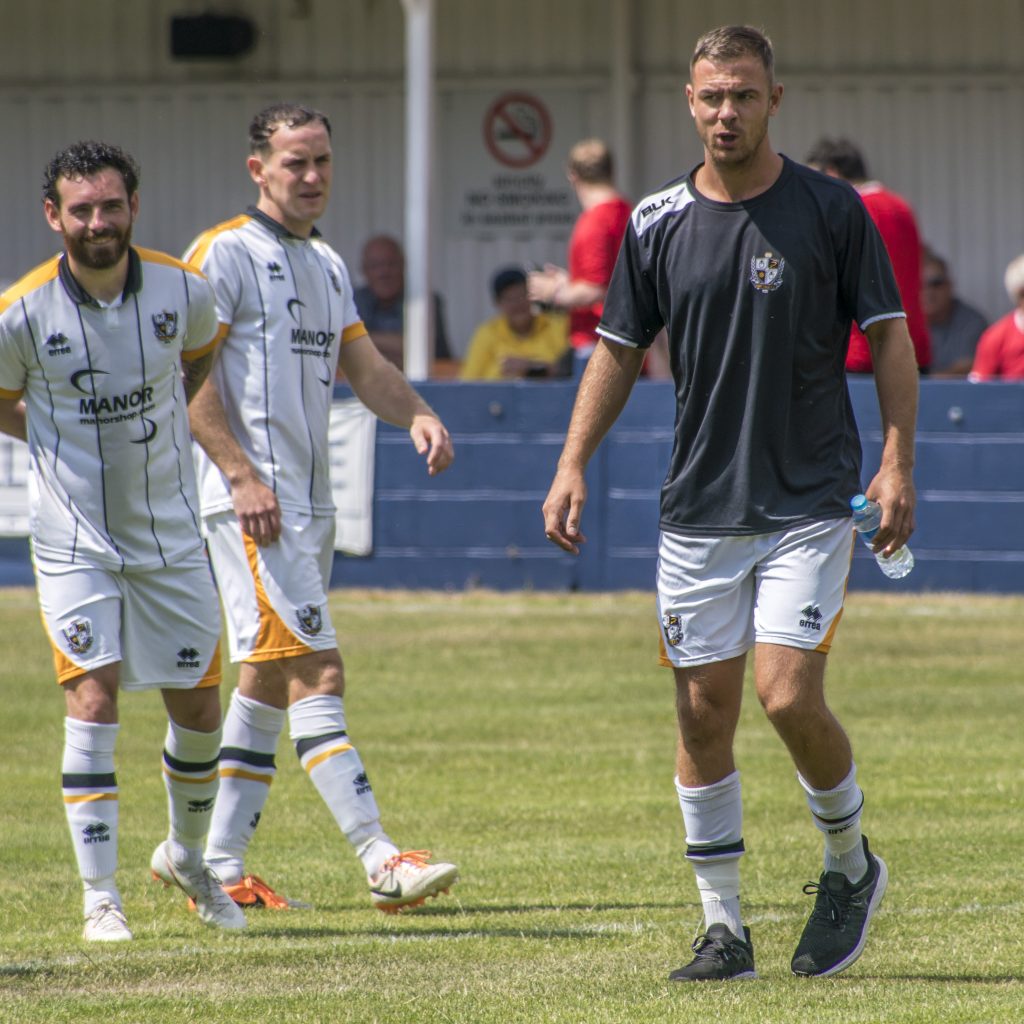 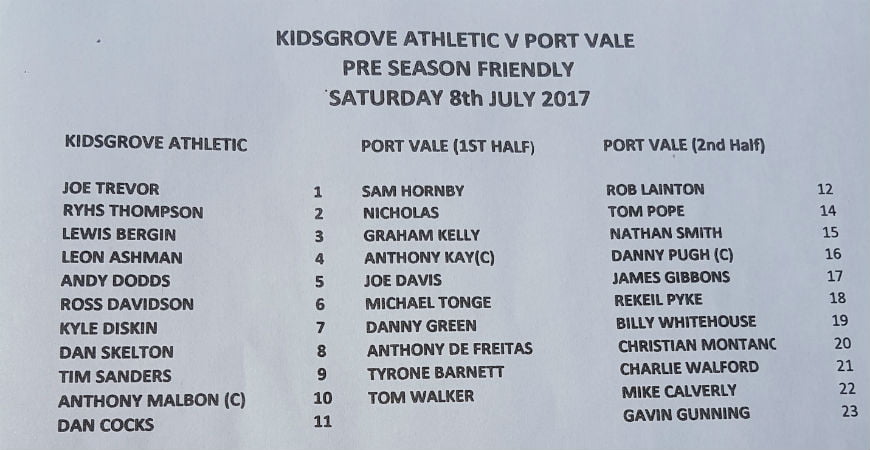 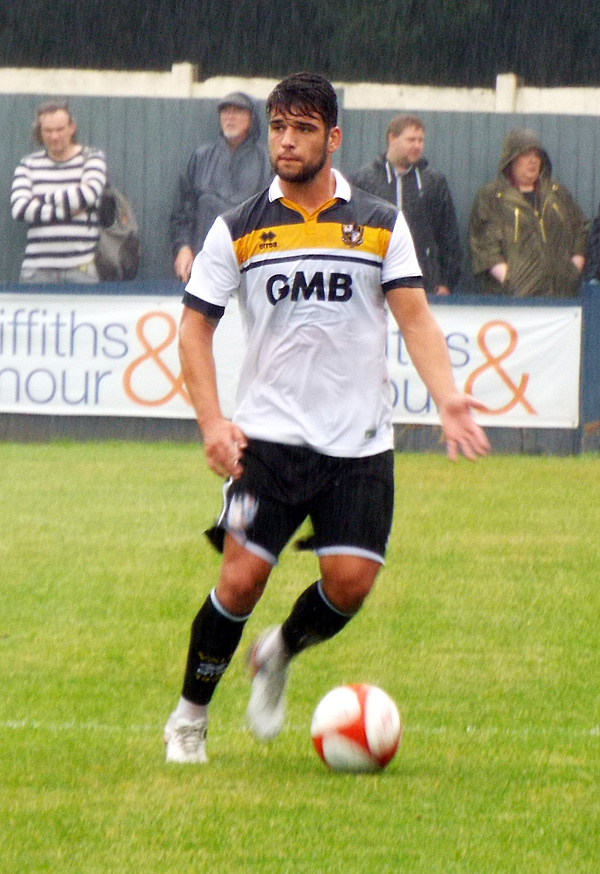 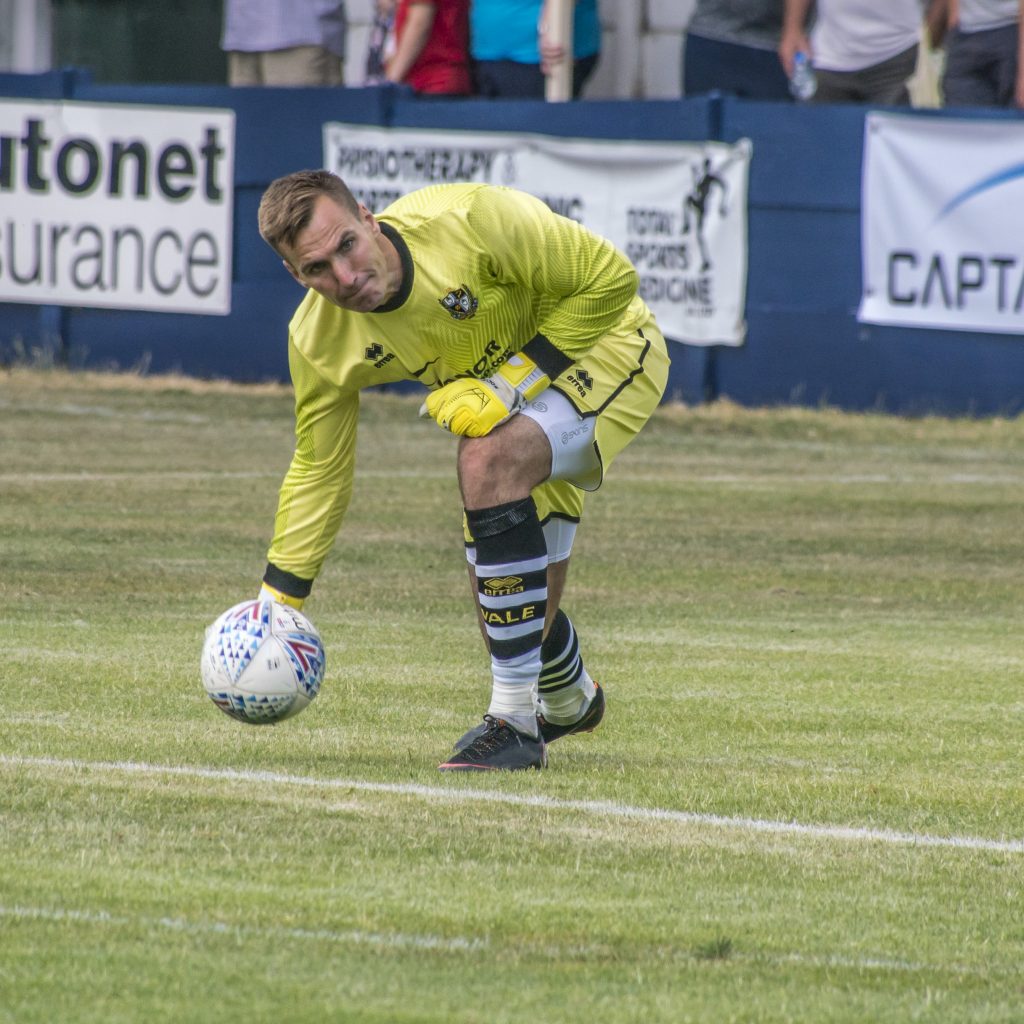