The Assassin, the singing winger, Pull it, Jazz and Jammer Evans – here are our favourite Port Vale player nicknames from over the years.

Some nicknames are obvious – Nathan “Smudger” Smith, Alan “Captain” Webb or Tony “Tosh” Naylor. However, some are far more enigmatic and require further explanation. So, here’s our top five…

The winger played for the Valiants in the 1937-38 season and was nicknamed “Jazz”. It wasn’t down to him wearing dark glasses and smoking unusual cigarettes but according to the media of the time, due to his tendency to “”jazz around with the ball.” So, with that in mind, Rattray’s flank play is perhaps best thought of while visualising one of John Jeffers’ free-form, enigmatic and mazy forward runs. 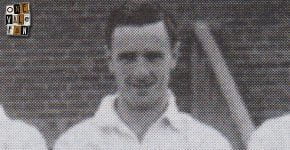 The full-back, who played for Port Vale between 1946 and 1951, was nicknamed “Assassin” but not as you may guess due to any goal-poaching prowess. Butler’s nickname was actually because of his habit of swallowing several different coloured pills before a game.

W.E (sadly we don’t know his first name) played for the Valiants between 1884 and 1893. In the process, he earned one of the most unfortunate and cruelest nicknames we could find. W.E. suffered a horrific injury in 1888 when he dislocated his knee in a game against Crewe. The injury was so severe that a doctor had to come onto the field to help set it before he was carried off. He was subsequently known, very cruelly as “Pull it” Powell. 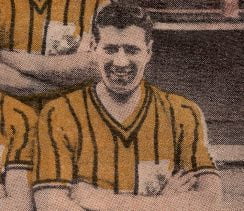 Now Colin’s nickname was much more straightforward. He was called Colin “the singing winger” Grainger because he had a good voice and had launched a second career as a crooner. When he retired from playing, he became a professional singer (we’d like to think his nickname thus changed to Colin “the footballing singer” Grainger but sadly, it didn’t). Colin’s recently written an autobiography which contains plenty of memories of his time at Vale Park. You can read our review here 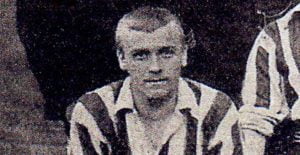 We compared Charlie Rattray to John Jeffers already and if we were to compare Richard Evans to a modern contemporary it would probably be Gareth Ainsworth. Evans had two spells with Vale in the late 19th century and was reportedly adored by the fans for his “never say die” spirit and “reliable” play on the wing. He also had a powerful and accurate shot – born out by his record of 39 goals in 102 games. It was that shot that earned him the nickname “Jammer” by Vale fans.