Port Vale have announced their retained list which includes the release of veterans Luke Joyce, Tom Pope and Scott Brown.

Port Vale Football Club has today announced the list of players who will be released later this month.

The following players remain in contract for the 2021/22 season:

The following players have returned to their parent clubs on conclusion of their respective loan deals:

The following first team players are out of contract and have been released:

Further meetings will take place with contracted players tomorrow and updates will be provided in due course. 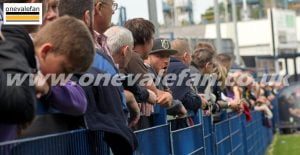 We asked fans who should should be offered new deals and which players they would like to see released. We received almost 8,000 votes in our polls. You can see the results in our special article.