Port Vale 1-0 Morecambe: Defender Nathan Smith was on target as Port Vale made it six straight wins in a delayed game at Vale Park.

Manager Darrell Clarke made one change to his starting line-up as James Gibbons returned in place of Cristian Montano.

It was a match played out in unseasonal snowy conditions and the visitors had the best of the early chances. Striker Stockton was prominent as he forced Scott Brown into an early save and then his cross was missed by both attackers and defenders.

Vale were restricted to set pieces and some promising moves down the flank but failed to create a clearcut opportunity before the game was temporarily halted to allow the ground staff to clear the snowy pitch. 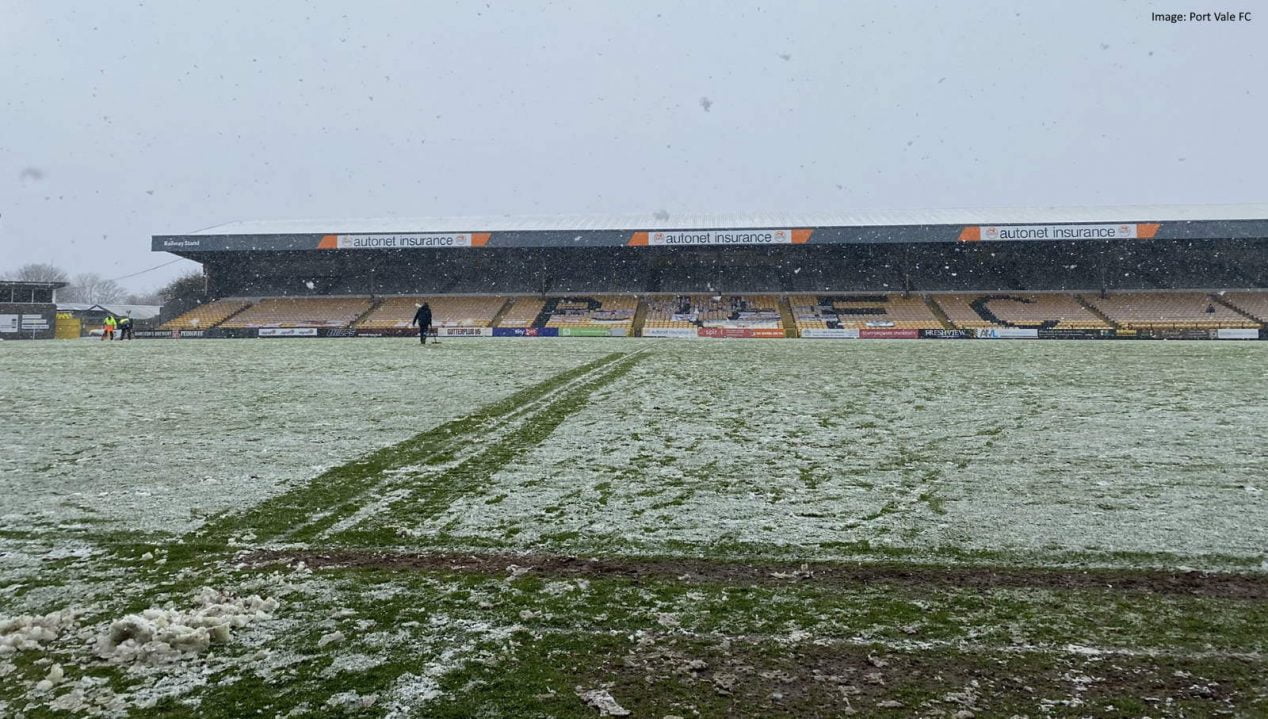 After a lengthy delay, play resumed with Vale replacing Oyeleke with Guthrie. The sub had a shot wide before the Vale took the lead on the half-hour mark. Conlon’s free-kick was headed home by Nathan Smith for his fourth goal of the season. Smith was prominent upfront as Vale had a further chance to stretch their lead.

The opposition had started slowly after the break but came into it with Mendes-Gomes prominent in a couple of moves. But the Vale backline held firm to take their lead into the delayed interval.

The Valiants brought Jake Taylor on for Theo Robinson for the second period but the first chance went to Morecambe with Stockton heading wide. There were then claims for a penalty after Brisley’s challenge on Sullivan in the box but they were waved away by the ref.

Songo’o headed wide for the visitors while Darrell Clarke brought on David Amoo for Luke Joyce as he tweaked his formation. Vale appealed for a foul in the box on Guthrie while Amoo was sent clear by Conlon but he miscontrolled and the chance went.

However, despite that miss, Clarke’s well drilled side sensibly saw out the remaining time to secure the three points.

It was another excellent all-round display by a determined Valiants side. The defence recorded another clean sheet while sub Kurtis Guthrie epitomised Vale’s workrate with a high tempo contribution during his time on the pitch. It means Vale recorded six straight wins for the first time since 1996.