Rudge has spent sixty years in the game as both player and manager. He was named as the EFL Contribution to League Football award and his contribution was celebrated by EFL chief Rick Parry.

Rudge told Sky Sports:” It has taken me by surprise. I’m very lucky to have been involved in football for such a long time.”

He later named his period as Port Vale manager as his “greatest period.” He managed Port Vale for a sixteen-year period between 1983 and 1999 and masterminded some of the club’s most successful campaigns, leading them to promotion in 1985–86, 1989 and 1993–94; he also led them to the Anglo-Italian Cup final in 1996, and to victory in the Football League Trophy final in 1993.

Port Vale co-owner Carol Shanahan said “John has been our friend and mentor and helped us throughout. He has taught me how to be a leader of a football club… I love him to bits.”

Deserved recognition for a remarkable man.

Our tribute to the great man 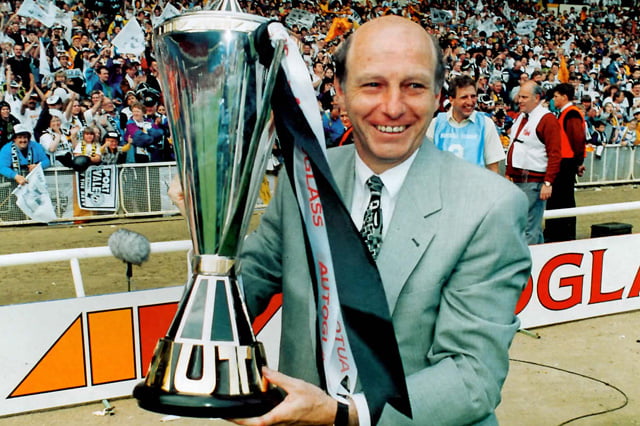