Five of the best – Port Vale strikers of the 1940s

In the truncated period of 1940s football, Morris Jones makes out list for one prolific season with the club. The Liverpudlian had been on the club’s books since 1939 but World War Two delayed his debut until August 1946. His first season – 1946-47 – was a prolific one with Watford particularly on the receiving end after Jones hit five goals in two games against them. Jones finished as top scorer with 26 goals. However, after three goals in the 1947-48 season, he handed in a transfer request and moved to Swindon Town for £2,500. Ironically, Jones would later play for Watford – the club against whom he had scored so many times for the Vale.

Scoring rate: one goal every 180 minutes 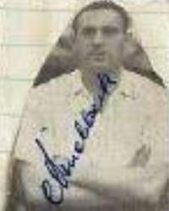 Cliff Pinchbeck had a brief but prolific spell with the Valiants in the late 1940s. He had spells with Everton and Brighton before joining the Valiants in 1949 for a £5,000 fee. His spell had a perfect start with a hat-trick on debut. He fell out with the club in 1951 as he tried to secure a move away and he eventually left for Northampton Town in 1952. Pinchbeck’s spell spilled over into the 1950s but as part of it was in the 1940s, we still think he’s worthy of inclusion in the 1940’s top five.

Scoring rate: one goal every 175 minutes

A regular striker throughout the late 1940s, Walter Aveyard earned his place in the Port Vale record books by scoring the first goal at the Vale Park stadium in the following decade. Aveyard began his career with Sheffield Wednesday and had a spell at Birmingham City before joining the Valiants in 1948. Never a prolific scorer, he was nevertheless a first-team regular until 1952 when he was sold on to Newport County for a four figure fee.

Scoring rate: one goal every 335 minutes 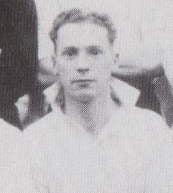 A locally-born player, Billy Pointon was a regular for the side throughout the 1940’s. He first joined the club as a war-time player in 1941. However, his professional debut did not come until 1944. He finished as top scorer in 1945-46 with nineteen goals and went on to play four seasons for the club. He left in 1949 when he was sold to Queens Park Rangers for a then club record fee.

Scoring rate: one goal every 255 minutes 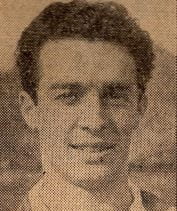 There’s one striker who’s head and shoulders above the pack in this list and that’s locally born Ronnie Allen. Born in Fenton, Allen signed professional terms as a fifteen year old and burst into the first-team aged just 16 in 1945. He scored twice in his first season and rapidly became a key player despite his tender years. His Vale career spans the late forties as he made 135 appearances and scored 38 goals. His form attracted top-flight West Brom who paid a club record £20,000 for him in 1950. It proved to be money well spent as Allen earned five England caps and won the FA Cup and Charity Shield with the club. The forward also infamously scored the goal which knocked the 1953-54 Port Vale side out of the FA Cup at the semi-final stage. He’s rightly regarded as a club legend at both Port Vale and West Brom.

Scoring rate: one goal every 319 minutes