The match was of course the precursor to an even more memorable game – as the Valiants travelled to the Baseball Ground and triumphed 3-2 in the replay. It was arguably one of John Rudge’s side’s most accomplished away performances.

However, this first game is often unsung as a result – so read on to find out what the national press made of both the game – and the antics of a Port Vale ballboy!

Thanks to Port Vale fan Ken Grocott for these clippings. 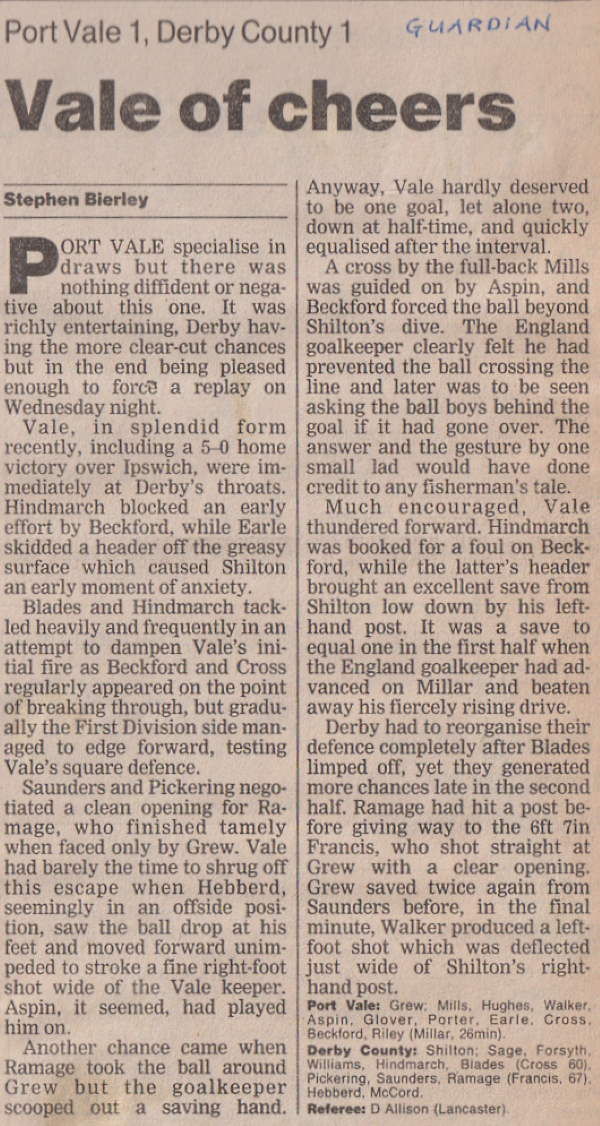