Thanks to former player and commentator Mick Cullerton here are some behind the scenes photos of Port Vale’s tour of Czechoslovakia in 1967.

Our grateful thanks to Mick Cullerton for these photos – the captions to the images are Mick’s own.

A full explanation of Port Vale’s special relationship with Czechoslovakia can be found in our article here. This was the second tour by the team following the initial tour in 1960. It was a commercial tour by the club with promotion visits to a shoe factory and a glass manufacturer. The side played two games, beating Gottwaldov 2-0 and drawing 2-2 with Jisara Skutec.

Port Vale’s tour of Czechoslovakia in 1967 in photos 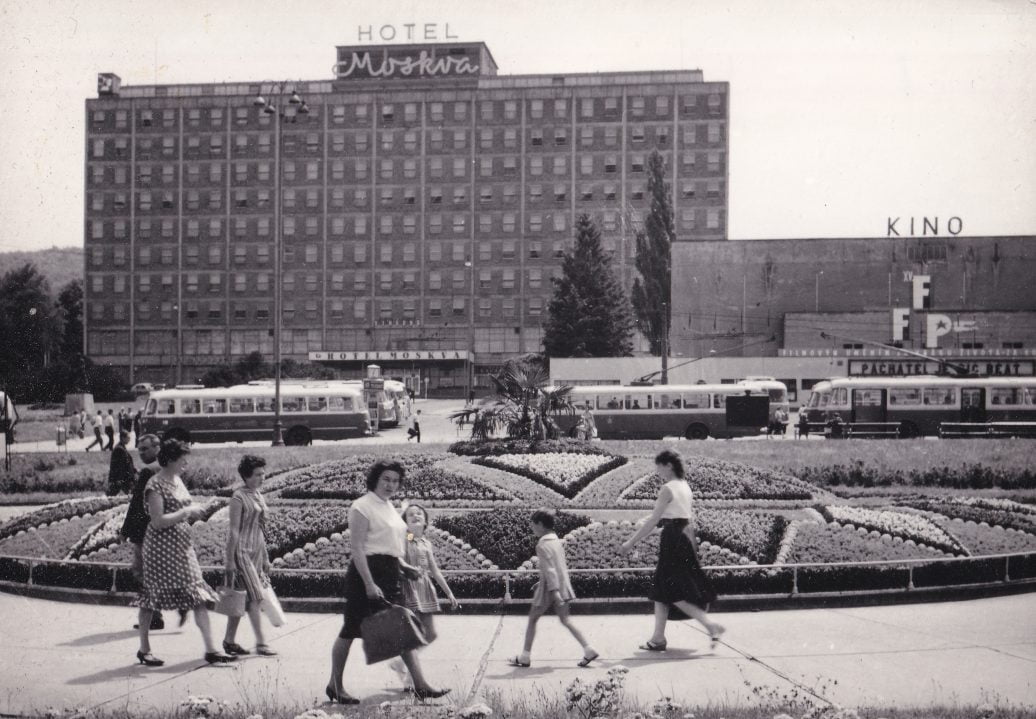 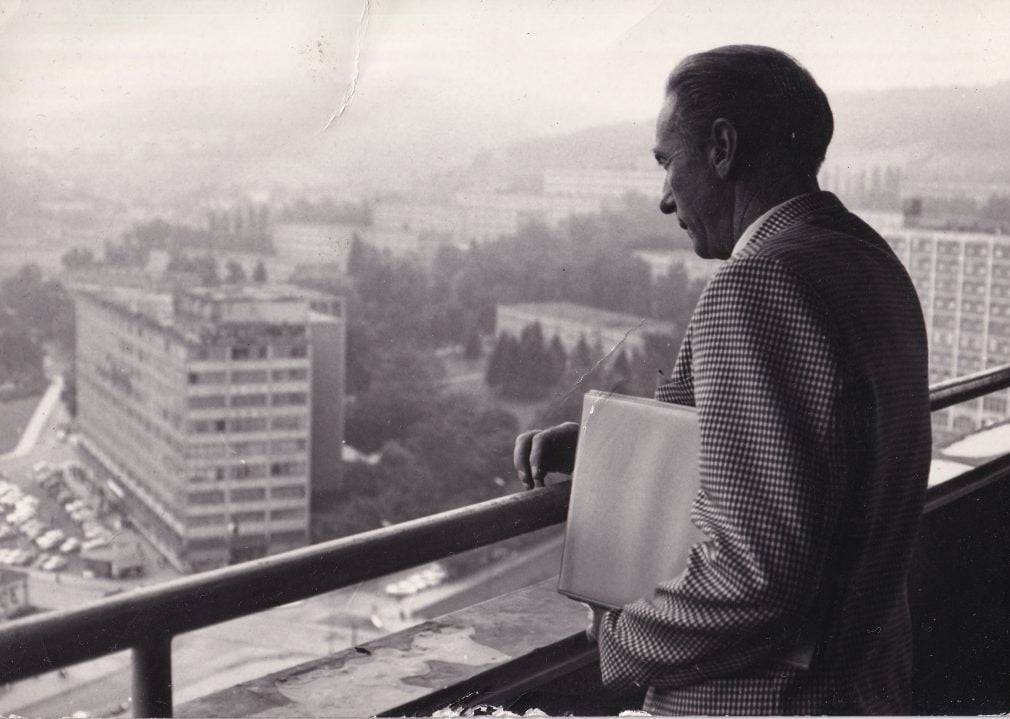 Sir Stanley Matthews gazes out from the balcony of the Bata shoe factory in Gottvaldov. 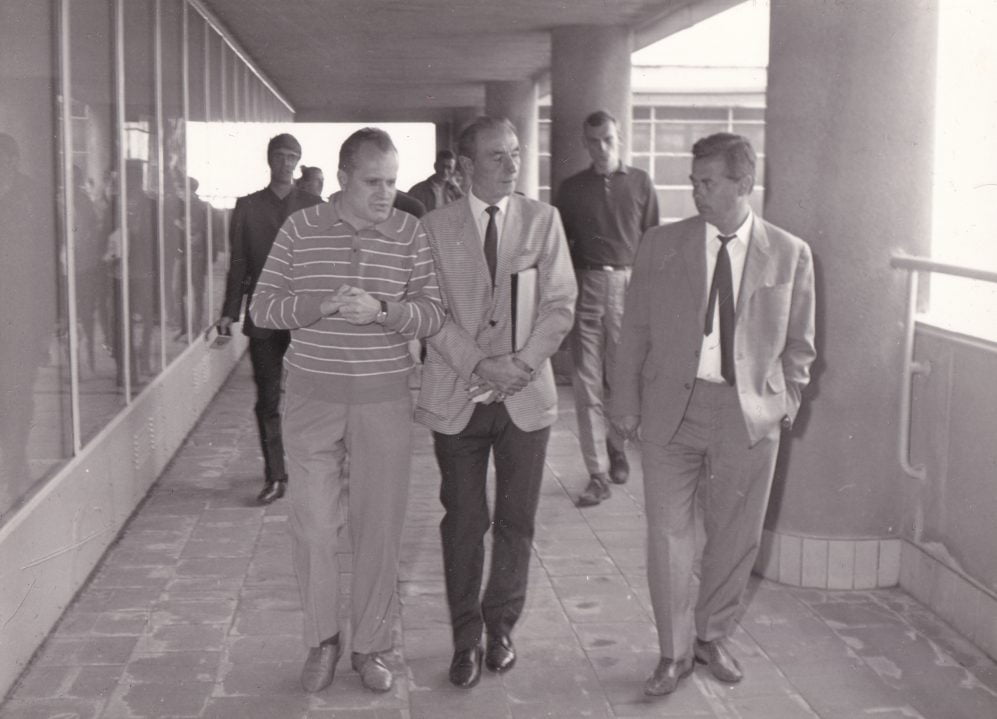 Sir Stanley Matthews with a press attaché and the MD of the Bata Shoes factory. 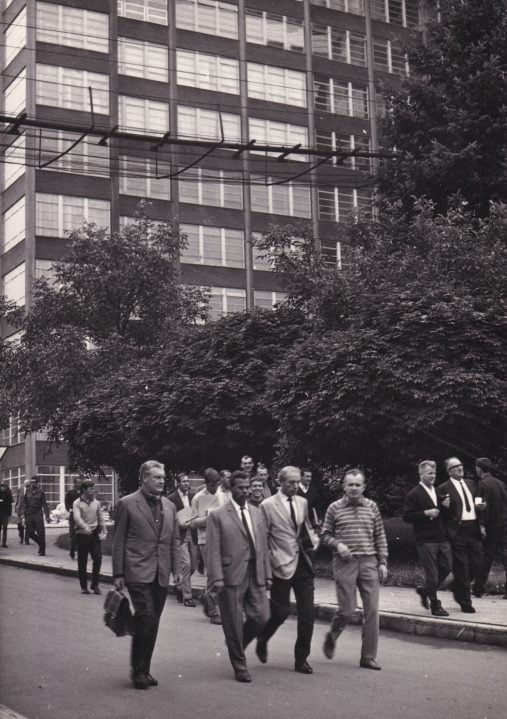 The tour of the Bata shoe factory. Jimmy Hill, Mick Mahon and Roy Chapman can be seen in the background. 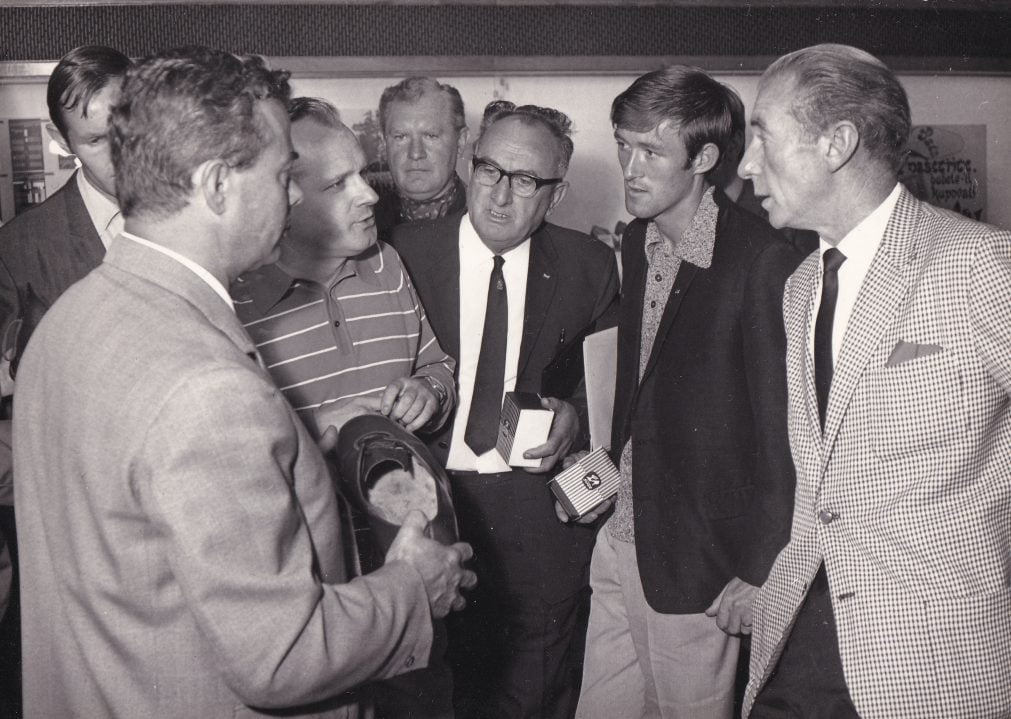 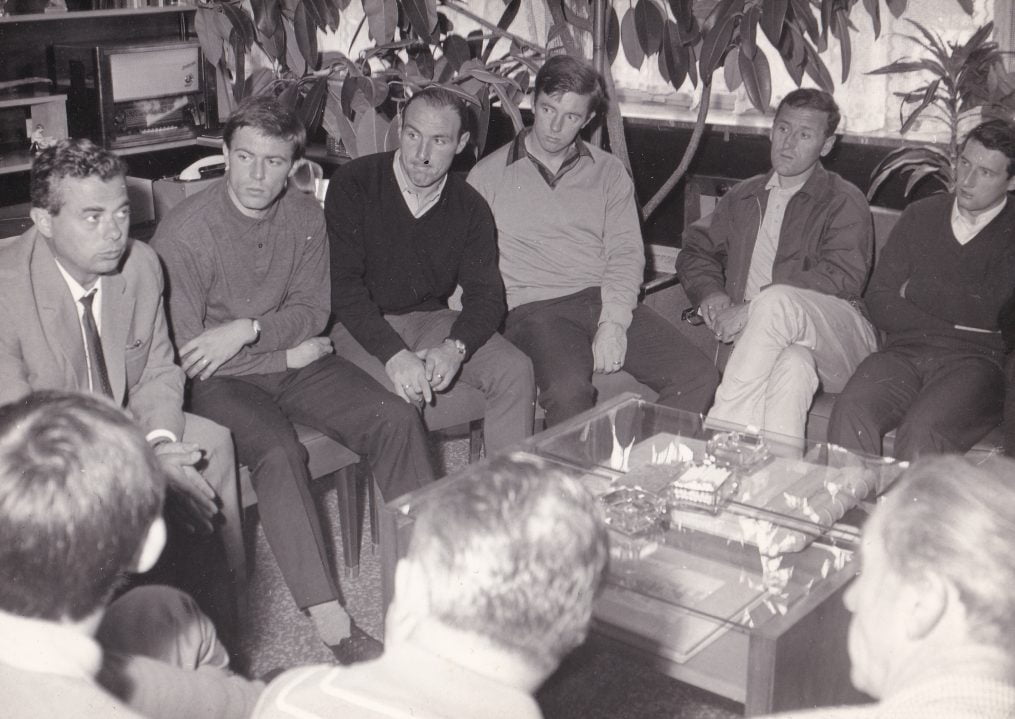 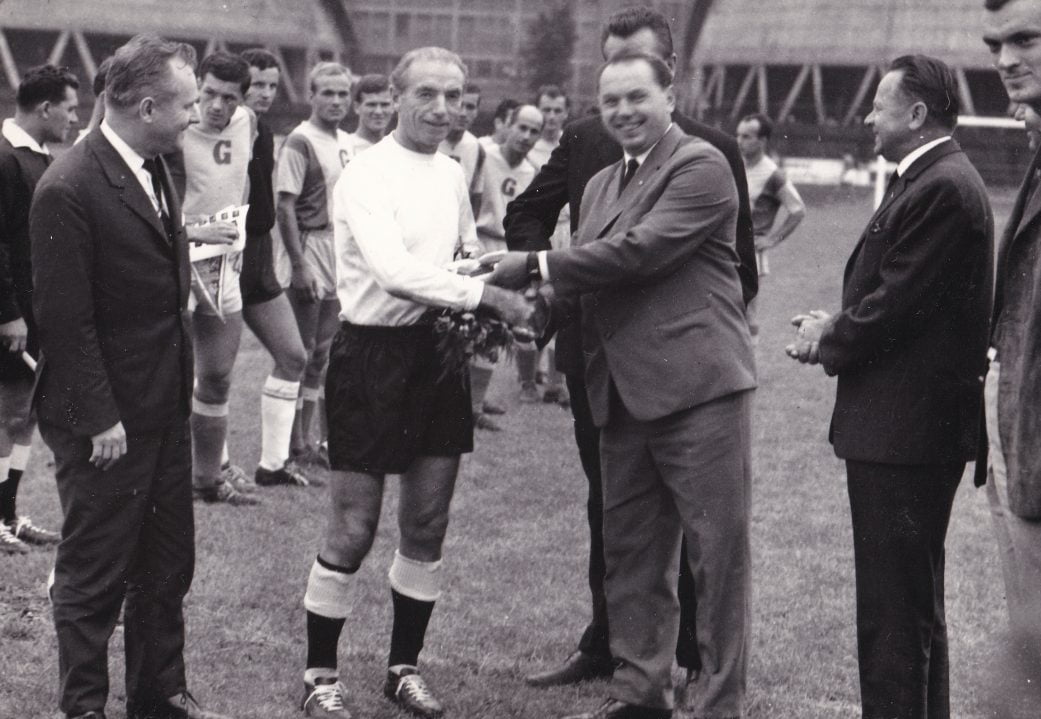 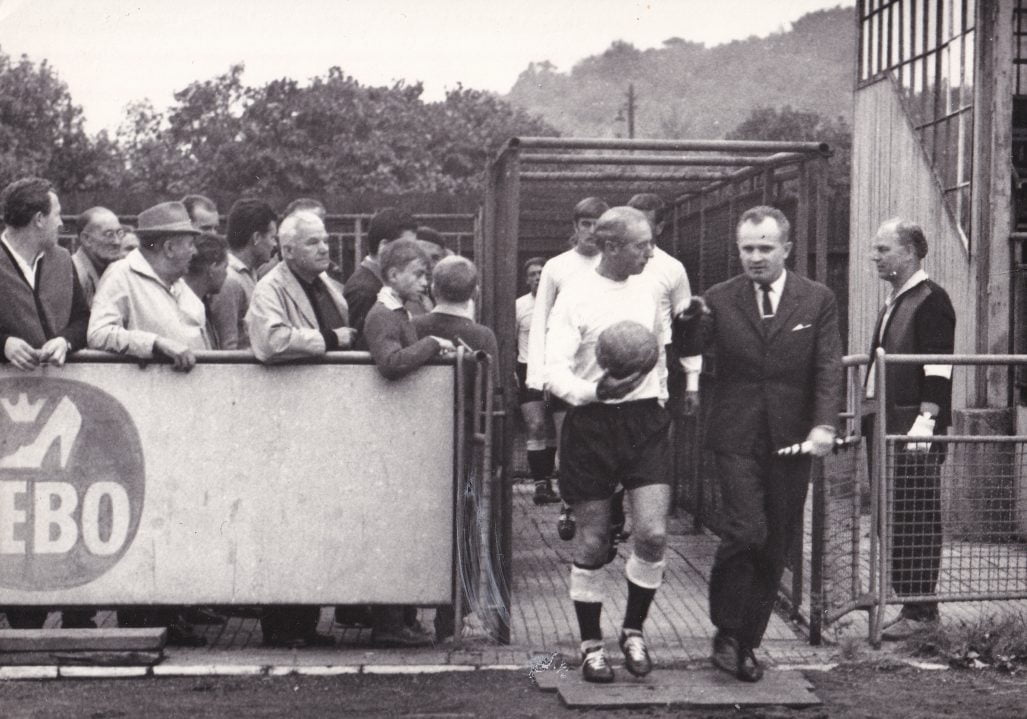 Sir Stanley Matthews leads the team out for the first friendly match at Gottvaldov. 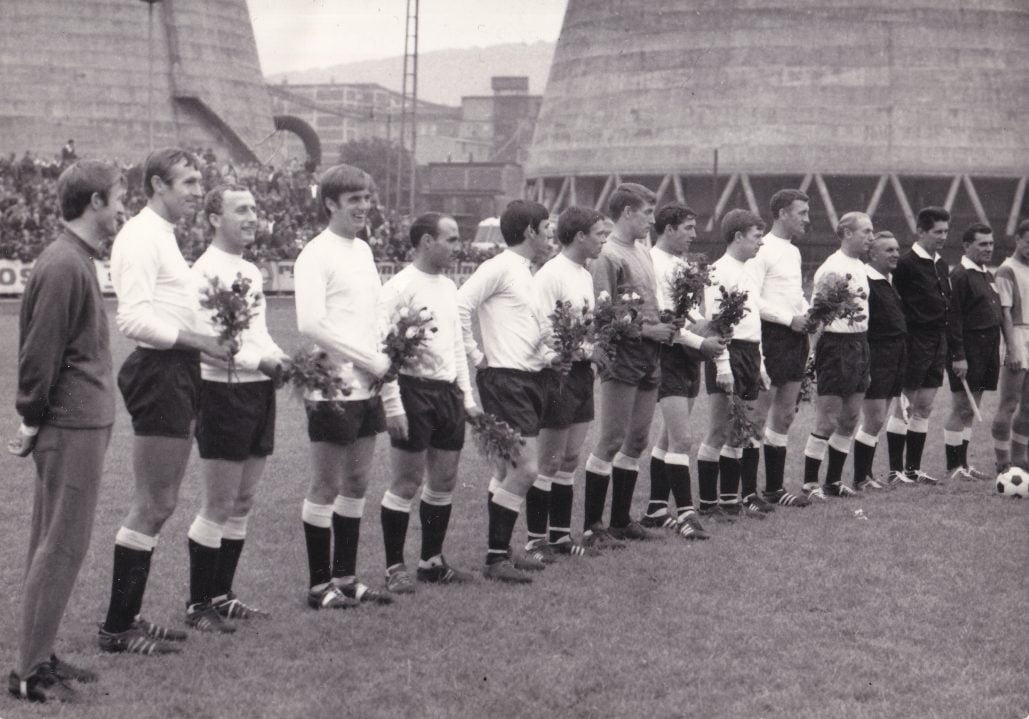 The Port Vale team lines up for the first friendly match at Gottvaldov. 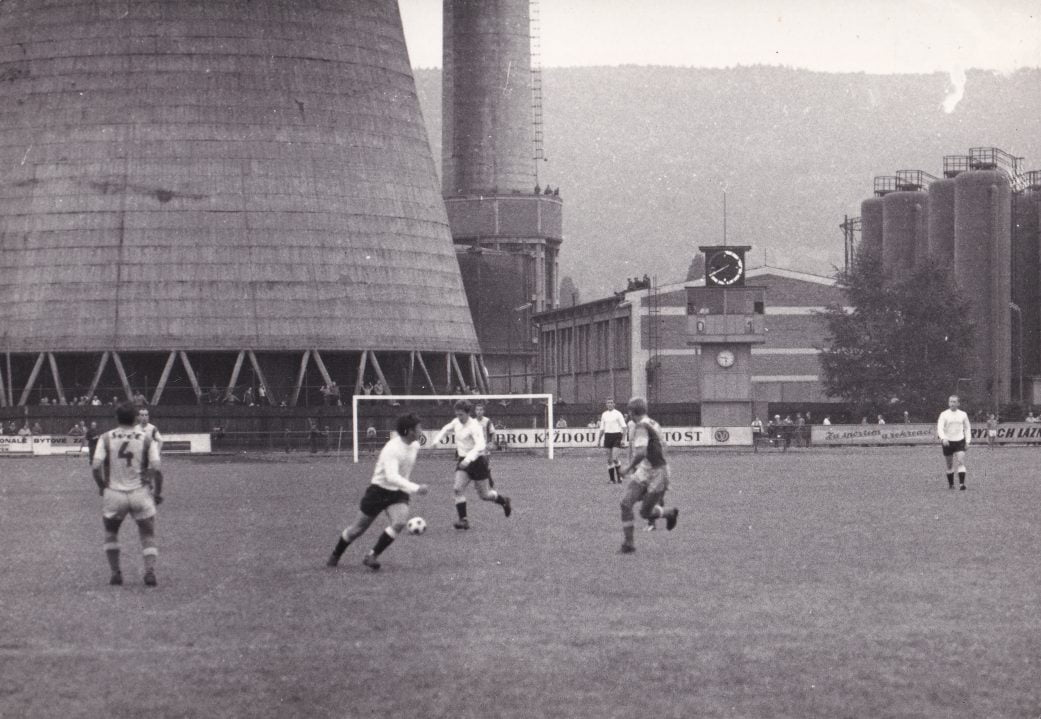 Jimmy Hill about to play Mick Cullerton in to score. 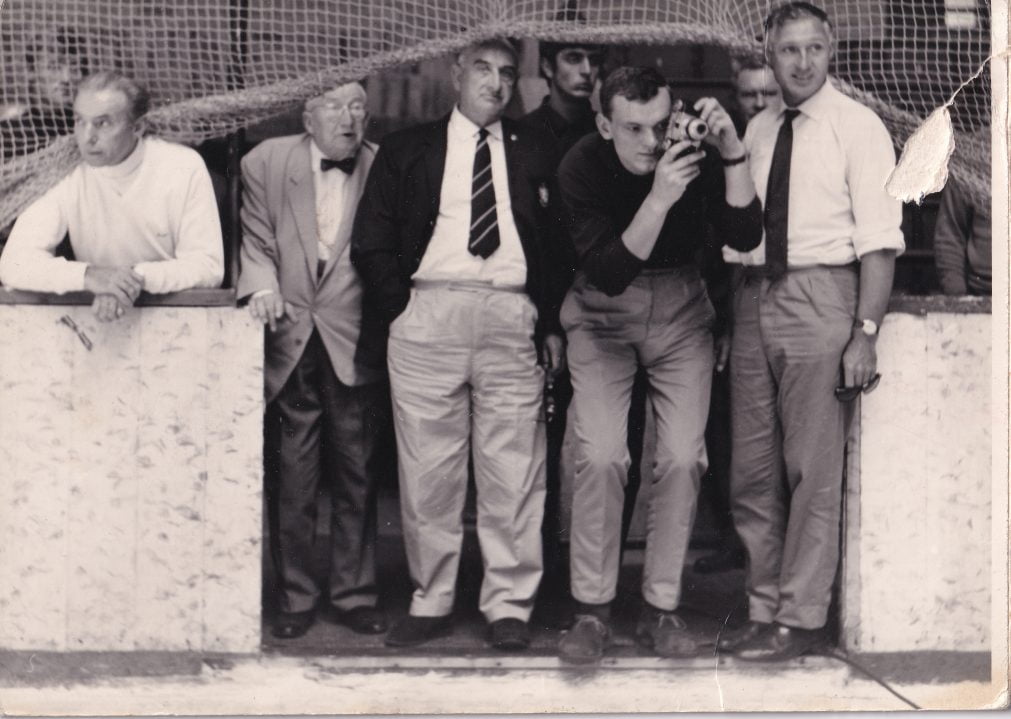 A visit to the national ice hockey stadium in Prague. 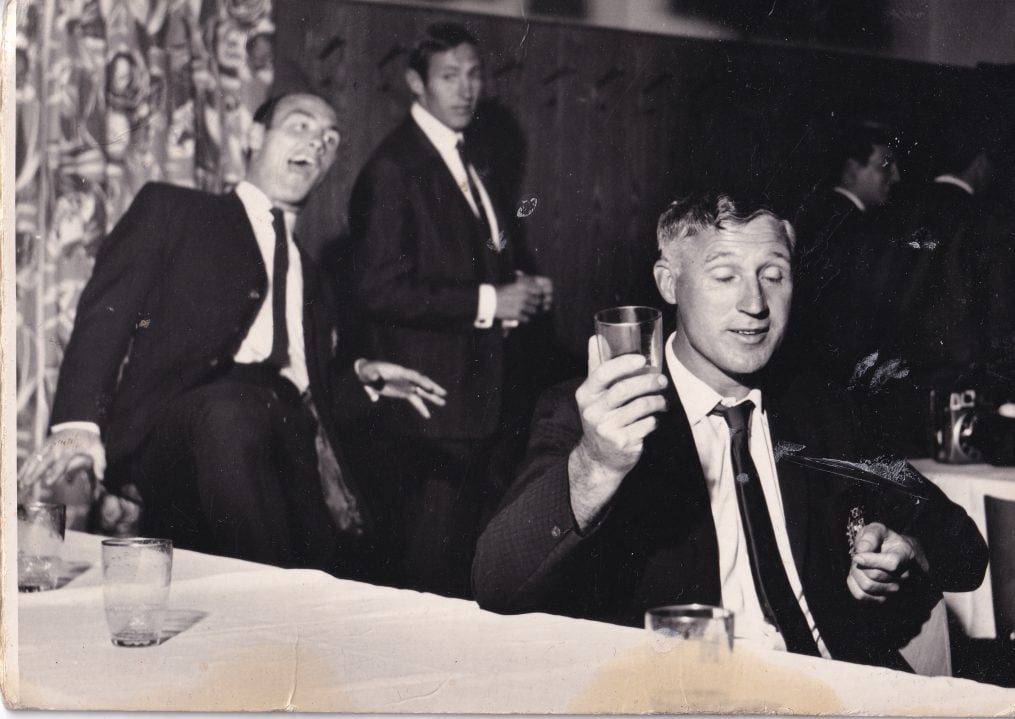 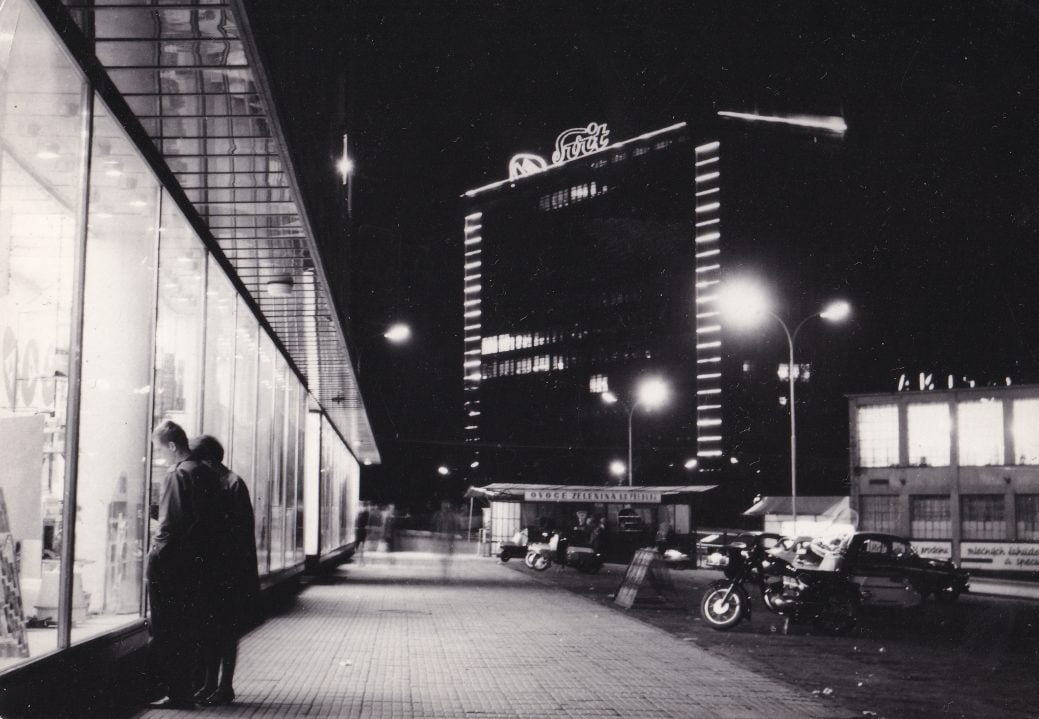 Prague pictured at 10pm after a trip to the ballet. 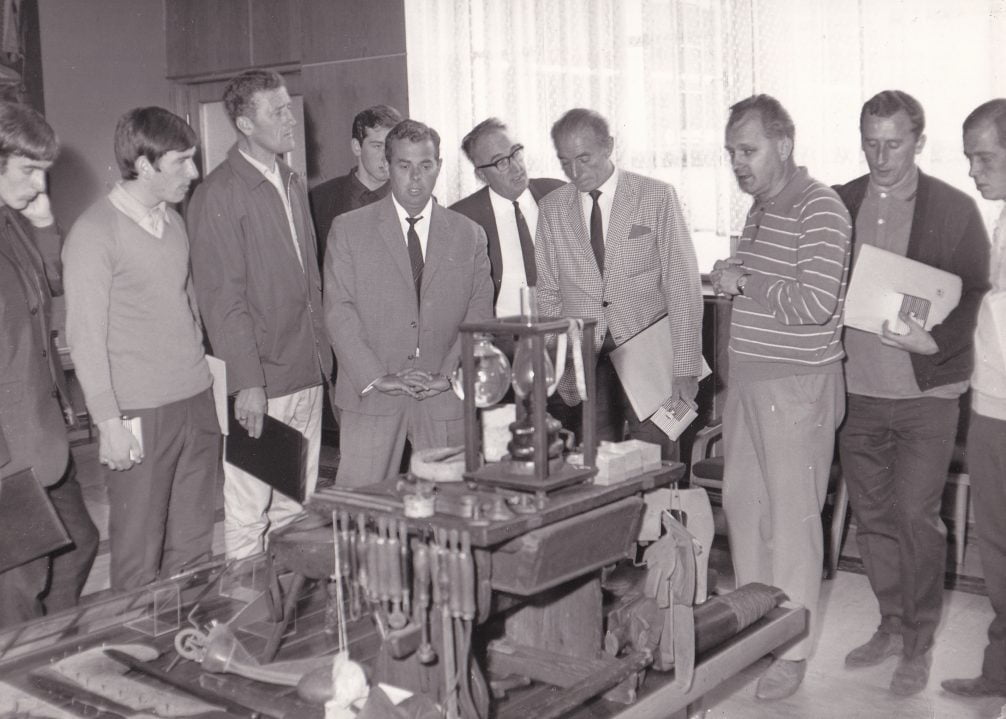 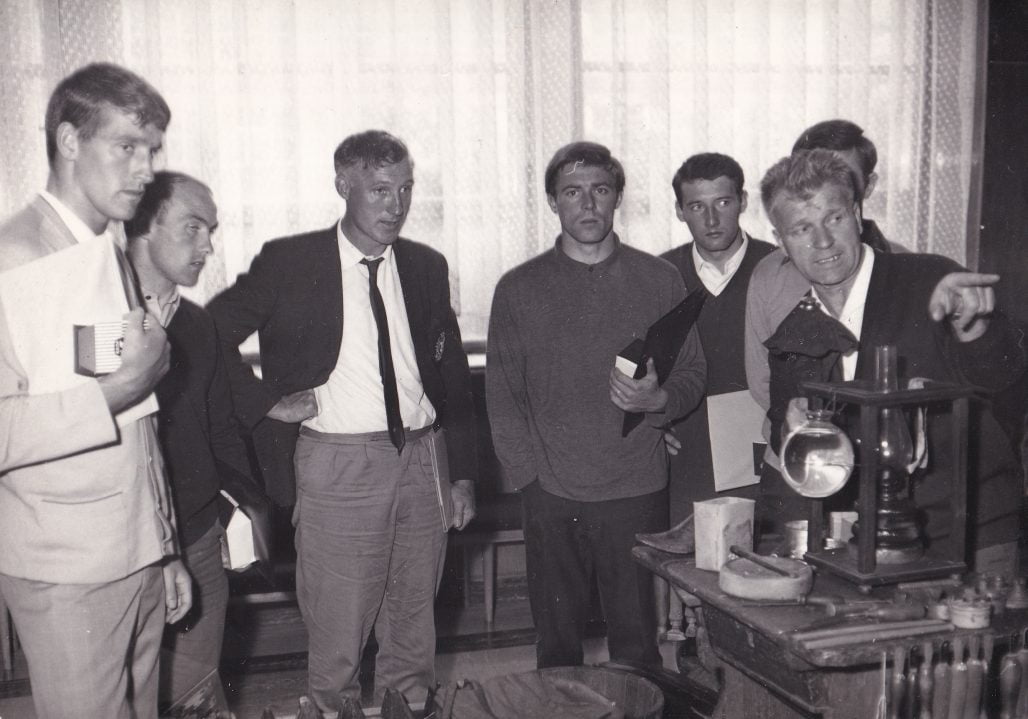 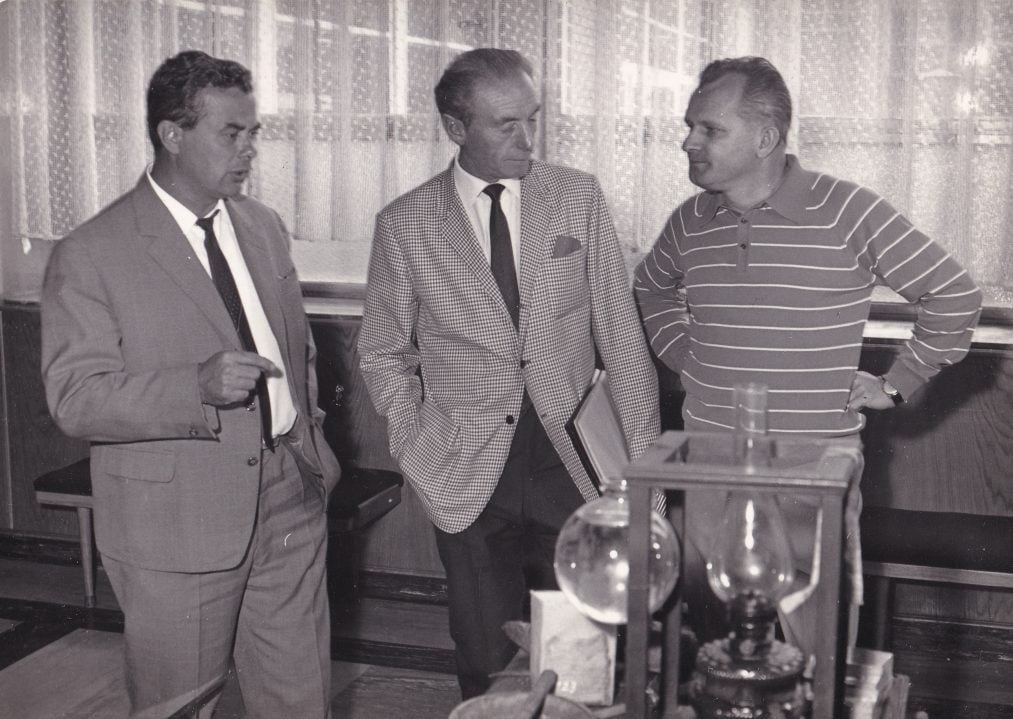 These three shots show the Port Vale players at the Bata shoe factory. 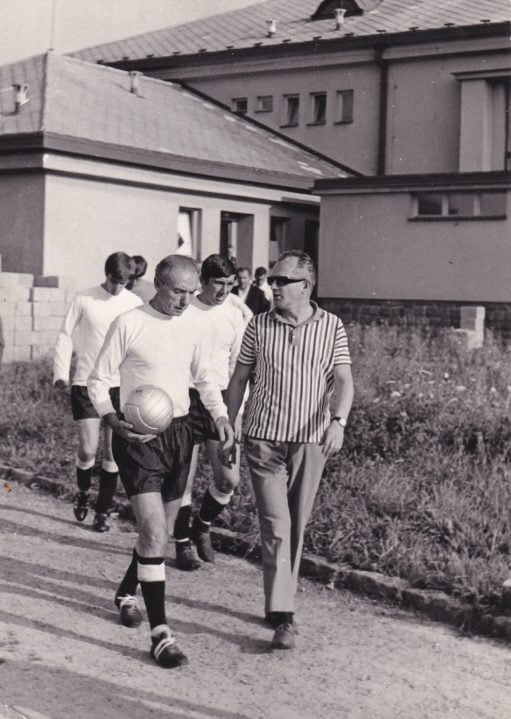 Sir Stanley Matthews (with John James and Mick Cullerton in the background) leads the team out for the game against Skuter. 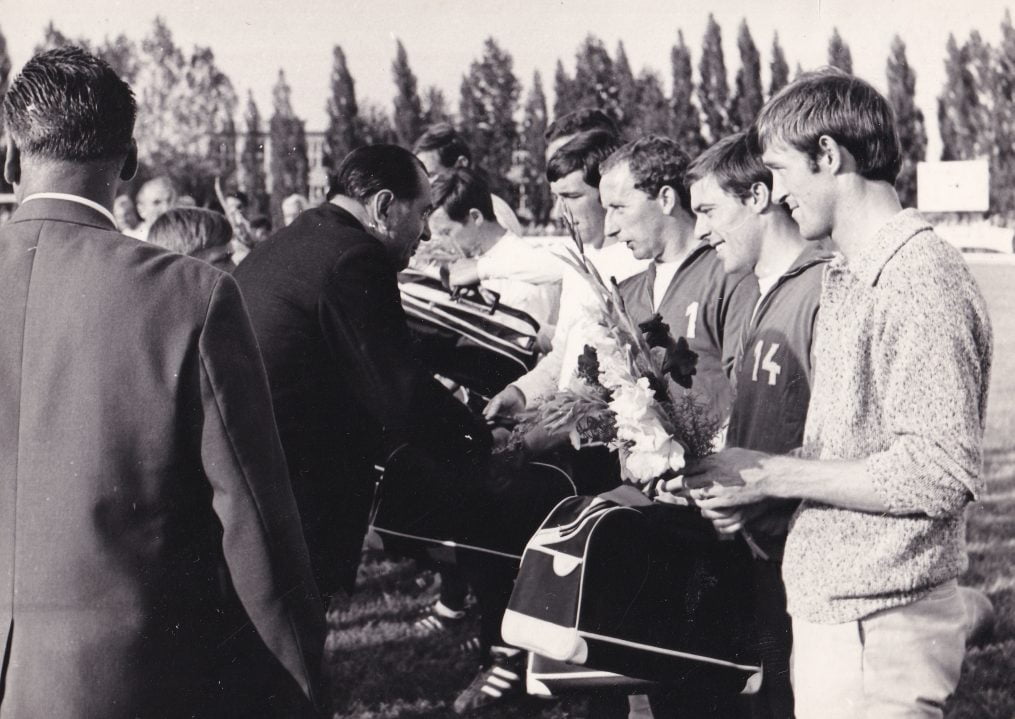 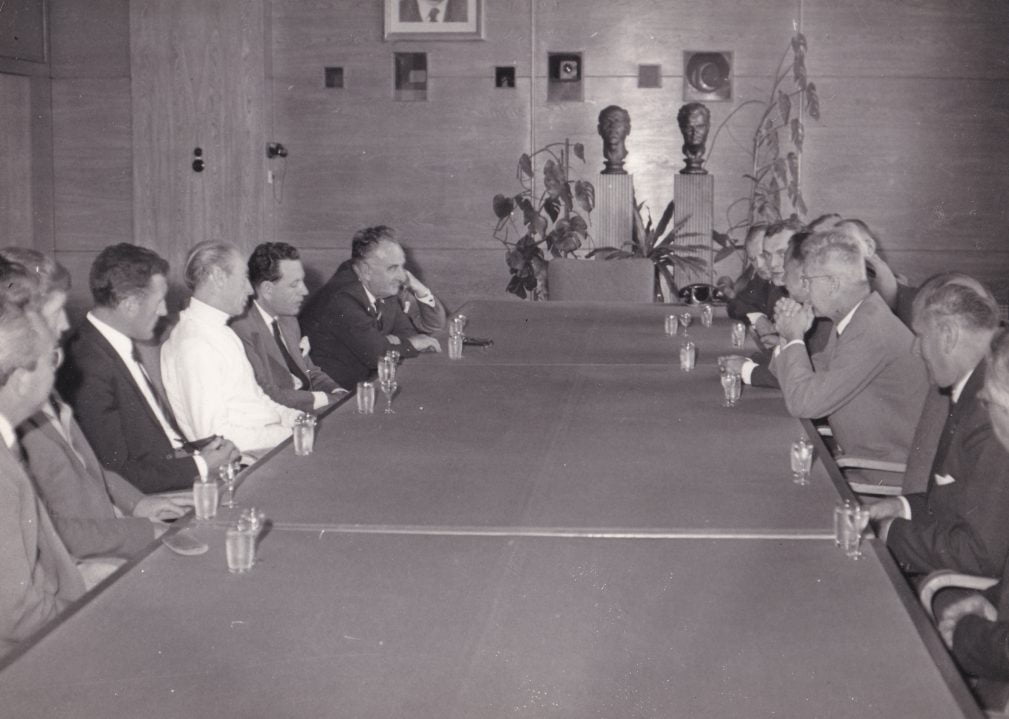 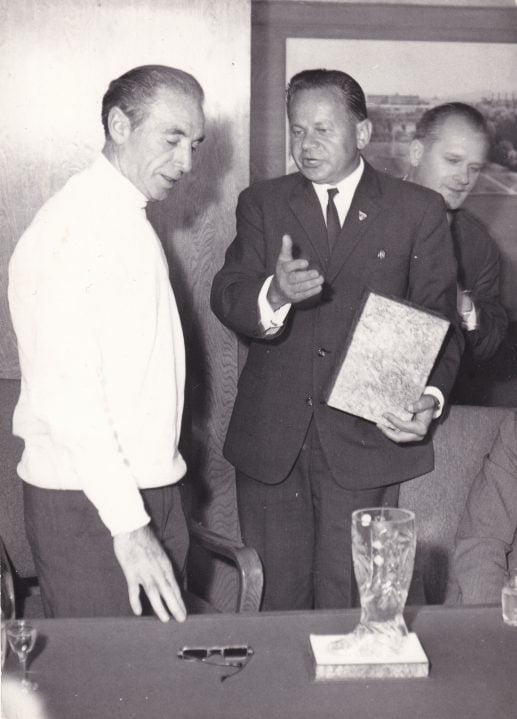 Sir Stanley Matthews receives a cut glass boot in the boardroom at Czechglass. 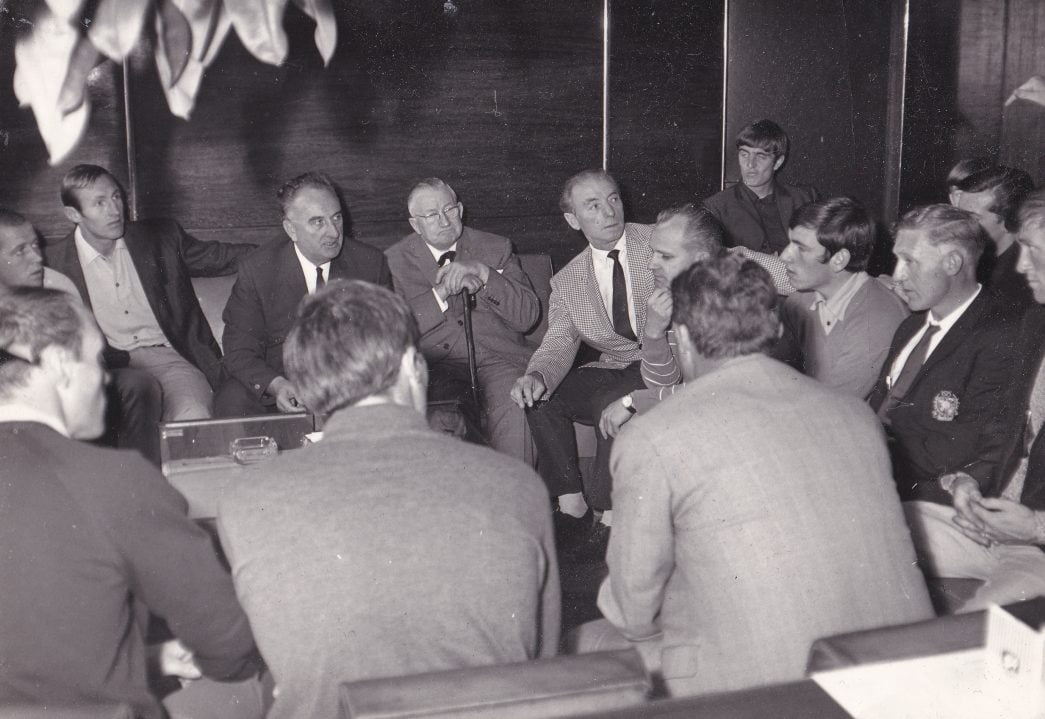