Rob Fielding says it was “simply not good enough” as Port Vale slumped to a poor away loss to Stevenage on Tuesday night. 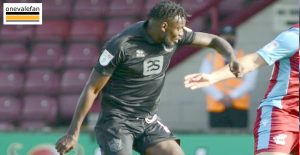 Well, that was awful. To some extent, you could blame bad luck, late goals or red cards for the other recent results but there was no excuse for that performance. Even though Vale were missing some key players, the side looked disjointed, demoralised and lacking ideas. Bar Devante Rodney’s cool finish, the side barely created any other chances and it’s a fair point to wonder where the goals may come from. I gave the players and coaching staff the benefit of the doubt for the Tranmere and Newport results but not tonight. It was simply not good enough. 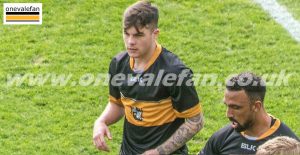 Step back to the start of the season and we were heralding the mean Port Vale defence who were eyeing yet another clean sheet. Compare that with the performance on Tuesday night. The usually marauding Mitch Clark was mostly anonymous. The usually reliant Nathan Smith was error prone. Even Leon Legge, missing through suspension has been guilty of poor decisions this season.

On Tuesday, there were lapses in concentration, poor decisions and a lack of communication. It was a defence which looked like it could have shipped even more goals than the two they conceded on Tuesday night. Stevenage are not one of the best teams in this division but they found it far too easy against the Vale defence. 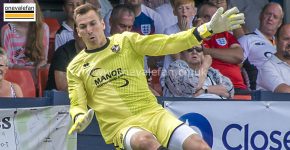 You could say there were no positives in that performance but I would argue there was two. Devante Rodney’s goal was the only time that the Valiants showed some class in the final third. The goal may do the forward the power of good and he did a good job as an impact sub. Whether he’s consistent enough to start upfront though is still up for debate.

However, of the players who played the whole ninety minutes, I would only exempt one player from blame. Keeper Scott Brown has been largely faultless this season and I would argue he was the only one of the starting eleven who could hold his head high on Tuesday evening. 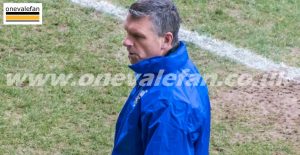 John Askey running out of time?

I have a lot of time for John Askey but these are worrying times. Online criticism of him has increased in recent weeks and it’s hardly surprising after the team’s poor results. It’s one thing to be “unfortunate” with late goals but performances like that at Stevenage was not “unfortunate”, it was poor all-round and those sort of games can prompt football club owners into action. It’s difficult to deflect criticism if it looks like your team are bereft of ideas and confidence.

Hopes were high after the Port Vale manager looked to address the team’s shortcomings in the summer but none of his signings have really hit consistent form. I always think continuity is of benefit to football clubs and that given time and patience Askey could still ride this out. However, Saturday’s game now takes on huge importance as any more performances like this one and the boo boys will be demanding his head. And to if Vale play poorly and lose to Orient on Saturday, they would have a point.

Who should start against Orient?

Injuries and suspensions not mean the majority of the Port Vale squad have had a run in the side – and yet performances have still been poor. Take two examples – some saw this as Shaun Brisley’s chance after some lapses by Leon Legge but he failed to impress. There have been calls for Harry McKirdy to start but he didn’t really have an impact on Tuesday.

John Askey didn’t have too many choices on Tuesday due to injury and suspension but even if everyone is available, do we really know the strongest starting eleven? Who will shore up a leaky defence? Who will score the goals and who will create the chances? Your guess is as good as mine!

John Askey sacked, who next for Vale?