It’s the first Football League game of the new season as Port Vale open up at home with a match against Crawley Town. This feature contains a comprehensive guide on how to stream the match…

The two sides had contrasting fortunes in the cup competitions played so far this season. The Valiants won in the Carabao Cup against Scunthorpe United and a penalty shootout win over Tranmere in the Football League Trophy. In contrast, Crawley lost both their games – 3-1 against Millwall and 2-1 against Gillingham respectively.

Our friends at God of Odds have produced this excellent betting tips preview piece which is well worth checking out. It debates Port Vale’s chances of promotion in the forthcoming season. 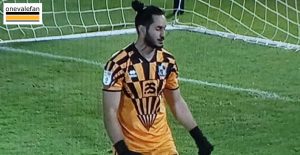 After a successful run-out against Tranmere Rovers in the FLT, John Askey has some welcome selection headaches to ponder. If Scott Brown is still carrying a knock should he stick with the impressive Dino Visser (right) in goal? Will Scott Burgess or Danny Whitehead partner Tom Conlon? Who starts in the central striking position? Do fit again duo Manny Oyeleke and Cristian Montano make the bench (and if so who drops out of the squad)? Will new signing Harry McKirdy be involved?

Players who will be missing out are the suspended Tom Pope and injured James Gibbons. Here’s a guesswork starting eleven…

One to watch: Tom Conlon has had a highly impressive start to the new season. Will his good form continue into the club’s first League game?

Dangerman: Non-League forward Sam Ashford scored against Millwall and could pose the chief threat on Saturday.

He has been in charge for twenty games with a win ratio of 30%, 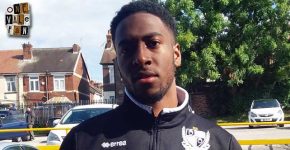 Former Port Vale midfielder Nathan Ferguson is expected to face his former club on Saturday. Ferguson has been a success at Crawley since joining in 2019. He has made forty one appearances scoring seven times. Ferguson’s time at Vale Park was less memorable as he made a solitary sub appearance in the 2016-17 season before being released.

Expectations have gone from being happy with mediocrity to expecting promotion. It’s not easy, there is no magic wand. But if we can put in performances like we did last season, and everybody works as hard, then we have got a chance.

Port Vale manager John Askey looks ahead to the season 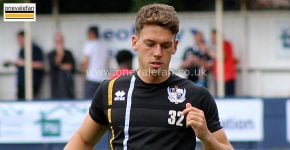 There was just the one meeting between the two sides in last season’s truncated campaign. It ended 0-0 at Crawley in December. As for the last game at Vale Park… that took place in August 2018 and finished 1-0 to Port Vale thanks to a goal from Luke Hannant (right).