Port Vale FC announced the signing of former Macclesfield Town defender David Fitzpatrick in August 2020. The 30 year-old had agreed a one year deal with the Valiants.

A reliable left-back, Fitzpatrick had played a number of friendlies on trial at Vale Park and done well enough to earn a permanent deal.

Manchester born Fitzpatrick had played under Port Vale manager John Askey while at Macclesfield Town. The defender spent a number of years in non-league before joining Macclesfield. He had spells at Northwich Victoria, New Mills and Southport before a five year stay at Macclesfield during which he won the FA Trophy Final and helped steer the side to promotion to the Football League in 2018. He also won International caps for the England C side.

The left-sided defender made nearly two hundred senior appearances for Macclesfield and he now offers Vale manager John Askey an experienced and conventional left-back option for the 2020-21 season.

Fitzpatrick made his Port Vale debut on the opening day of the 2020-21 season in a 2-1 Carabao Cup win over Scunthorpe United. 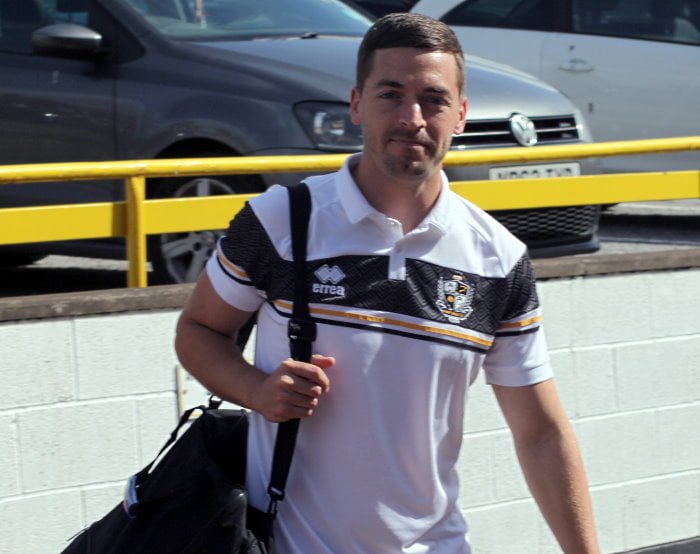