Can John Askey’s team continue their fine play-off form with an away win against old rivals Walsall on Saturday afternoon? Here’s our preview… 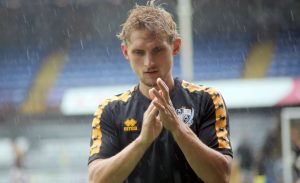 There’s going to be plenty of questions for John Askey to address ahead of this game – but they are nice ones. Should James Gibbons be recalled or will he stick with Nathan Smith (right) as the right-back? Will two goal Mark Cullen start ahead of veteran Tom Pope? The likelihood is that Askey will stick with the starting eleven which impressed so much against Colchester which could mean an immensely strong Port Vale bench including the likes of Pope, Gibbons and Oyeleke.

Go to the dedicated match thread on the forum

It will be a tough fixture, they’ve picked up of late but we’re going to have a really good following going there and it’s another really good game to play in, obviously the players are confident, not too over confident, but we’re in a great position and just look forward to every game now…. 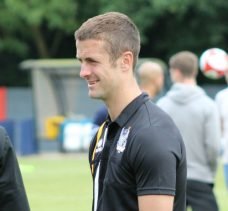 The Valiants have a terrible historical record against Walsall. Vale have just 24 wins compared to Walsall’s 42. There have been 26 draws. However, Port Vale’s recent record at the Bescot stadium is good with the last two matches both ending in wins. The last Valiant to score against Walsall was midfielder Danny Pugh (right) in a 2-1 Football League Trophy win in 2018.

What about the odds? The Vale are actually favourites with many bookies after their fine recent form. If you fancy your chances with a punt you may want to get some William Hill USA promo codes to help you out. 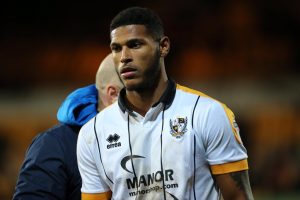 Defender Zac Jules (pictured right) appears to be having a far better time at Walsall than he had at Vale Park. Jules was signed on loan by former manager Neil Aspin but was dropped after just two appearances.  After being signed from Macclesfield Town in the summer, the left-sided defender has made 22 appearances so far this season.

Walsall manager Darrell Clarke had one of the briefest Port Vale careers on record. He joined on loan from Hartlepool United in 2005 and played just one minute of action, coming on as a sub in the 89th minute.

Mid-table Walsall are managed by former Bristol Rovers manager Darrell Clarke. Upfront they may Potteries-born Josh Gordon who joined in 2018. Veteran defender Mat Sadler is  in his second spell at the club while former Newcastle man Danny Guthrie will be well-known to many fans. 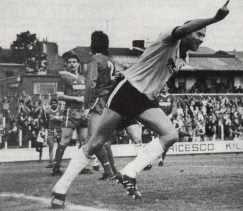 Port Vale ended years of hurt with a cathartic 4-1 win in September 1986. The scorers on that day were Andy Jones with two, Jon Bowden (pictured right celebrating his goal) and Robbie Earle. It was played in front of a crowd of 4,531. We enjoyed that win so much we produced an article on it. You can read it below. 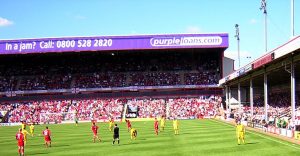 Don’t forget that you can discuss the match before, during and after kick-off on our dedicated forum thread. Only registered users can post but why not join our forum for free and debate issues with thousands of other Port Vale fans?

Join our forum here
About the author: A Port Vale fan since 1980, Rob Fielding created this website in 1996. Originally called "There's only one Vale fan in Bristol?" it became simply onevalefan or OVF for short. You can get updates on Twitter through the account @onevalefan