Erm… difficult… he started off well and Alex Jones, Jerome Thomas and Kjell Knops were OK signings, we guess…

How much time have you got? It is probably best summed up by the signing of Carlos Saleiro, hailed as a goal machine by the owner, who left after one game and that of Chris MBamba, an unknown from the Swedish lower leagues signed on big wages and a two year contract. 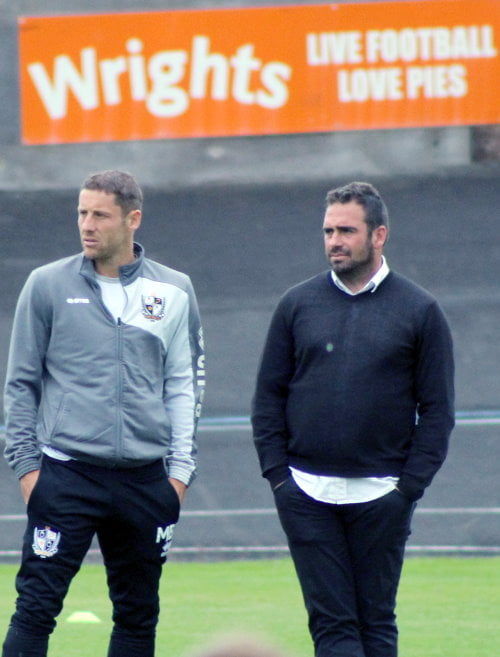 If one single season summed up the chaos of Norman Smurthwaite’s tenure as Port Vale owner then arguably it was the summer of 2016. The previous season, manager Rob Page had assembled a decent League One squad and despite the odd mishap (the FA Cup loss to Exeter) his squad looked a couple of quality additions away from a play-off push. However, Smurthwaite saw it differently and rather than sticking with the staus quo and adding a couple of high-profile signings, he tore up the squad and spent an awful lot more on the failed Ribeiro experiment.

Relations between Page and Smurthwaite had been strained since that Exeter cup defeat and it was no great surprise when the manager took the opportunity to leave and join Northampton Town instead. What was more surprising was the way his squad was disassembled. Players were reportedly offered huge pay cuts and first-team players such as Louis Dodds, Michael O’Connor, Richard Duffy, captain Carl Dickinson, Sam Foley and AJ Leitch-Smith all left after rejecting contract offers.

The Valiants were now at a pivotal point. They needed a new manager and a new squad of players. After a reported conversation with Manchester United manager Jose Mourinho, Smurthwaite opted for the left-field appointment of Ribeiro. His coach was named as Peter Farrell but as an indicator of the chaos to come, the club changed their mind and offered Andy Smith the assistant’s role instead. With Ribeiro installed there was a procession of new names heading to Burslem. Lanky striker Rigino Cicilia, defender Kiko, midfielder Paolo Tavares, striker Carlos Saleiro, defender Calvin Mac-Intosch and full-back Kjell Knops formed the first wave. They were soon joined by midfielders Quentin Pereira, Sebastien Amoras and winger Chris Mbamba.

“ (Previous Vale) imports had been carefully managed and gradually introduced to the English game, Riberio was about to start the season with nine players who had never played in England before…

Vale fans had seen successful continental signings under John Rudge such as the likes of Robin van der Laan and Marc Snijders but these imports had been carefully managed and gradually introduced to the English game, Riberio was about to start the season with nine players who had never played in England before.

Remarkably, in the opening weeks of the season it seemed to work. Helped by the additions of veteran winger Jerome Thomas and Birmingham City goalpoacher Alex Jones the Valiants were in the play-off spots by the end of August.

And then it all fell apart.

It was ominous when Bury swept Vale aside 4-1 in early September and by October the rot had set in. The Valiants were thrashed 4-0 by Sheffield United on the 15th October and that heralded a run of eleven games with just a solitary win. The patience of Vale supporters was not helped by the hugely unpopular signing of former Stoke City striker Martin Paterson and ominous signs that club captain and player of the year Anthony Grant that he wanted to leave.

A run of three straight losses over the festive period saw Ribeiro resign on Boxing Day. The revolution which Smurthwaite said would put the club into the play-off spots had ended with the manager leaving before the year was out. The seeds of destruction were sown. Grant and star keeper Jak Alnwick left in January. Caretaker boss Michael Brown opted for experienced old heads like Ryan Taylor, Chris Eagles and Andre Bikey but was unable to stop the rot. Vale were relegated, the majority of Ribeiro’s signings were offered severance deals.

Instead of a season of glory, Vale had been relegated. They had lost two managers and seen players such as Michael O’Connor, Athony Grant and Jak Alnwick depart. What’s more they had a squad of expensively assembled players, who would cost a fortune to be released from their contracts.

If only Norman Smurthwaite had opted to keep Rob Page and add one or two new signings to his squad instead!