Features, Five of the best 0

If you disagree (or agree) with our selection, please let us know in the forum.

Undoubtedly one of the most memorable games in recent memory, Vale boosted their promotion hopes with this extraordinary win in front of a bumper Vale Park crowd. Veteran striker Lee Hughes was the match winner with a hat-trick with the other goals coming from Chris Birchall, Tom Pope and a brace from Ben Williamson. A crowd of 10,978 left Burslem delighted.

John Rudge’s side were reaching their peak when they swept aside the Canaries at Vale Park. There were braces for both Martin Foyle and Stewart Talbot and other strikes from Lee Mills and Andy Porter. The win came in the middle of a superb Valiants three match run which saw away wins at Charlton (Naylor scoring a hat-trick) and Manchester City.

If you’re interested in online betting, you may want to consider a promo code from Paddy Power online betting. It’s a great introductory  offer if you want to bet on teams such as Port Vale. Just remember to bet responsibly and within your means. 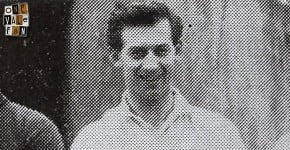 All Vale fans will know of the legendary 1953-54 season and this result goes to illustrate the quality of that side. Tasked with playing twelve games in thirty days after their epic cup run, the Valiants managed to squeeze in a record home win. Vale simply demolished their opponents and were 6-0 up after 36 minutes. Their hectic routine caught up with them and they leisurely played out the remaining 54 minutes with just one more additional goal. For the record, the scorers were Basil Hayward (3, pictured right), Colin Askey (2), Dickie Cunliffe and Derek Tomkinson. 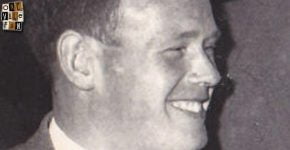 That record win in 1954 lasted just four years as Port Vale celebrated Christmas 1958 in some style. Taking on Gateshead on Boxing Day the Valiants hit eight without reply thanks to goals from Dickie Cunliffe (2, pictured right), Harry Poole (2), Stan Steele (2), a Brian Jackson penalty and a final strike from Graham Barnett.

8-0 may be the record score at Vale Park but we can’t finish this feature without reference to the club record victory. The 9-1 win over Chesterfield at the Old Rec stadium is memorable simply because it could have been much more as all Vale’s nine goals came within the first hour. Stewart Littlewood scored six with the other goals coming from Wilf Kirkham (2) and Bob Morton.