Bennett opened his account for the club in Saturday’s 1-1 draw with Salford City and has been drafted into the starting eleven as a result.

The team was tweeted as: 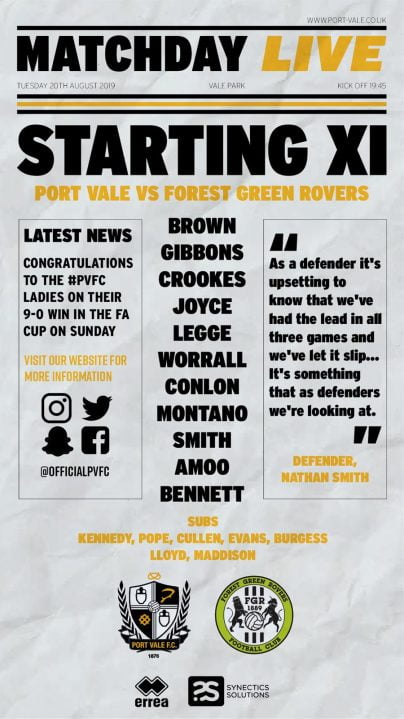