Our two minute guide to Port Vale versus Northampton Town

Our guide to Port Vale’s first home game of the season.

Team news: After the draw against Colchester, John Askey declared himself happy with the performance. So Vale could line up with an unchanged side. They could also keep the same 4-3-3 formation after Askey commented: “It doesn’t matter what system you play but you have to be careful if you go 4-4-2 that you are strong enough in midfield and you don’t end up just chasing the game all the time.”

Last meeting: It finished in a welcome 2-1 away win for the Valiants thanks to goals from David Worrall and Tom Pope (penalty). It was Pope’s hundredth goal for the club. 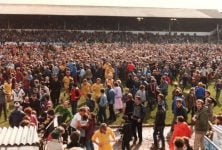 See Tom Pope’s 100th Vale goal in the last encounter between the sides:

Looking for a great sports book online. Follow the link to obtain a comprehensive list of legal online sports betting websites that have been thoroughly vetted and reviewed. However, do remember about safe gambling 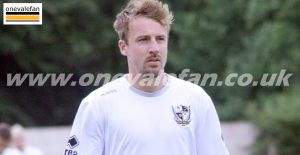 Connections: Veteran midfielder Chris Lines (right) will be well-known to Vale fans having spent two years with the club from 2013 to 2015. Lines made the switch to Northampton in the summer.

Opposition player to watch: Giant striker Harry Smith could prove a problem to Vale’s defence. The six foot five inches tall striker was once linked with a move to the Valiants but after a season at Macclesfield Town he has been snapped up by Northampton.

In Australia and looking for betting sites?

If you’re interested in Australian sports betting you can use this guide to be walked through the basics of sports betting, from real money bets to strategies for every sport.

Northampton Town Football Club were founded on 6th March 1897, when a group of local school teachers got together with the well known local solicitor, AJ “Pat” Darnell in the Princess Royal Inn, Wellingborough Road, Northampton to form the town’s first professional football club.