Five of the best1

There have been many Port Vale home kit designs – here are five memorable designs as selected by the onevalefan.co.uk website…

Note: Kit choices are always a personal affair and these memorable Port Vale kits are the choice of OVF editor Rob Fielding. You can see a wide range of Port Vale kits dating back to 1898 in our exclusive Kit Database section. If you disagree (or agree) with these choices let us know by posting a comment. 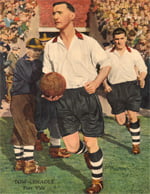 Arguably the definitive retro design, the kit worn by the famous Iron Curtain side was devoid of any sponsorship and was a single colour (note: the hand tinting on the Tommy Cheadle photo on the right gives a red effect to the black collar). Simple but effective. 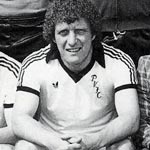 Produced by Adidas and modelled here by Bill Bentley, this is another simple but effective design. The Leeds United team of the 1970’s apparently inspired the use of clubs’ names rather than badges. Arguably the kit did rather better than the team’s performances on the pitch. 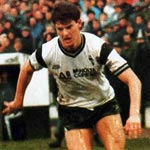 Worn during one of Vale’s most famous games – the FA Cup win over Spurs – this kit was produced in the days before gold crept into Port Vale’s home kits. To us, it’s a cool and good looking design and it’s worn on the right by the equally elegant Ray Walker. 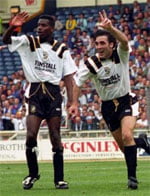 Debuted at Port Vale’s triumphant first appearance at Wembley stadium this was another kit to be worn during some of the club’s more memorable matches of recent years. The black and white design now has a hint of gold but it’s still a clean and memorable design. 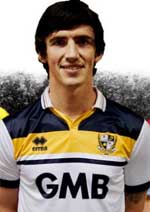 It may have been an awful season on the pitch for the Valiants but this retro-inspired effort earned rave reviews. With echoes of England’s 1982 kit and with the classic white, gold and black colours it came top of one poll of League One kit designs. 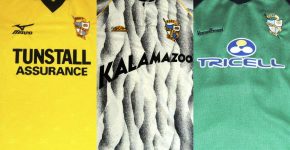