The Supporters Club is organising protests against owner Norman Smurthwaite as the club languishes in third bottom position.

The email explains that:

The locations where fans can obtain red cards before the game is shown on the map below: 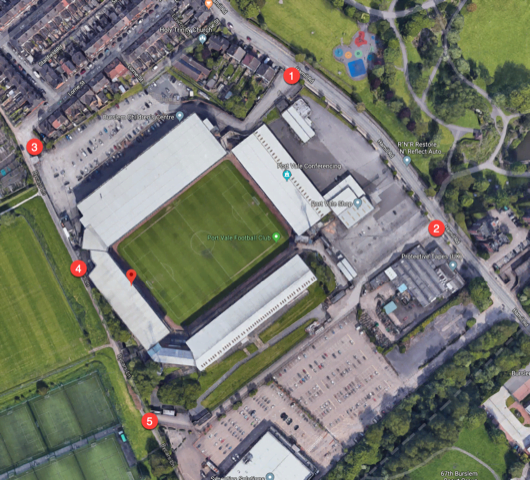