Leon Legge has had a pop at Crewe manager David Artell on social media following Artell’s latest remarks to the media.

The remark prompted a tweet from Hastings United manager Chris Agutter who said: “He should come and watch us then…. referees have a duty of care and unfortunately aren’t up to it at our level!”

That tweet in turn prompted a reply from Legge of: “Wouldn’t pay too much attention to him mate, he slated the ref saying I ‘got away with murder’ against them earlier this season ‘cos i scored the winner #bitter.” 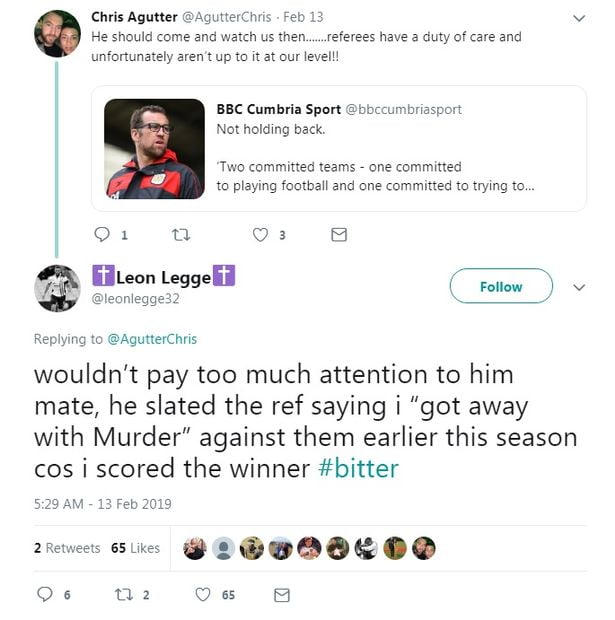 Legge’s comments refer back to Vale’s game against Crewe earlier this season when the veteran had an outstanding game and scored the winner. However, after the defeat, the Crewe manager opted to say Legge “got away with murder” without expanding on his claim.

It seems that Legge hasn’t forgotten that particular comment!