Micky Adams holds a tactics lesson during a tour of the United States in the summer of 2011.

This photograph comes from Port Vale’s 2011 tour of the United States. In addition to a number of friendly games, the Valiants agreed to hold a number of “tactical masterclasses” and this one is being held by manager Micky Adams alongside coaches Geoff Horsfield and Mark Grew. We believe it is being held at the Tacoma Tides stadium. 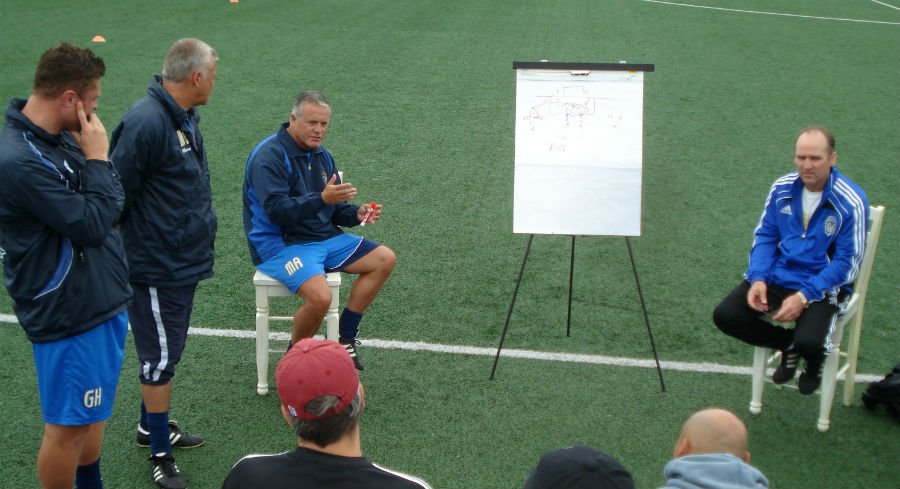