This photograph is somewhat disingenuous as Henderson is actually celebrating a goal scored by another Vale player – fellow striker Eamon O’Keefe. It was a match played on the 21st January 1984 and ended Port Vale 2-0 Wimbledon – with Mark Bright scoring the other. Unfortunately, that was a rare win in an awful season as Vale were relegated back to the fourth division.

As for Henderson, his Vale career was dogged by controversy. He was brought in to replace fans favourite Bob Newton but only managed seven goals in his solitary season at the club. To compound matters, Henderson was then sacked by the club as he failed to turn up for training in the summer. 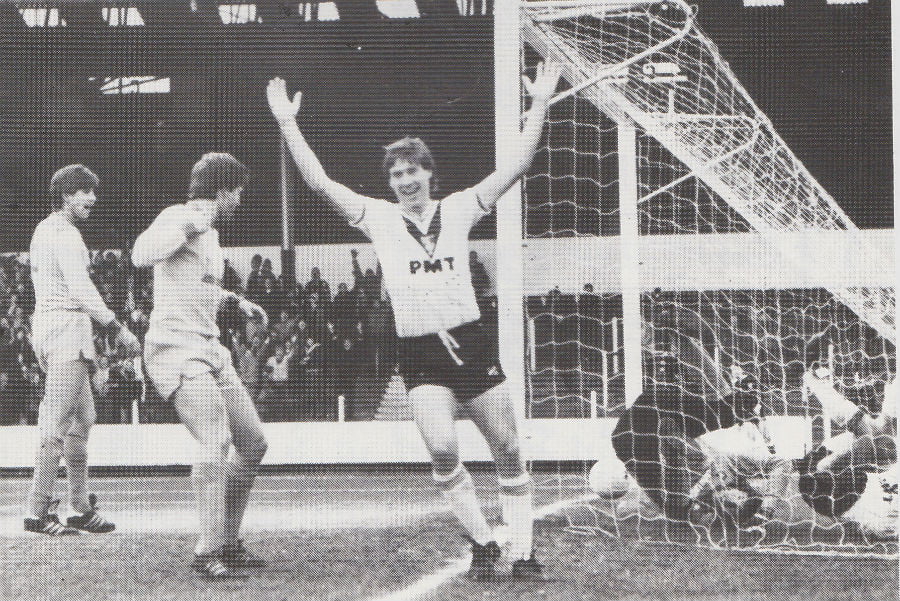