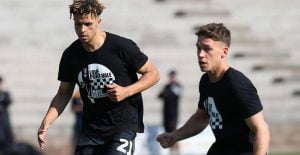 Following a disappointing result at Mansfield, the mantra from manager Aspin has been about consistency. However, he will be forced into at least one change as Manny Oyeleke is suspended.

Away from the action on the pitch, here’s a quick reminder that the fantastic Port Vale diversity t-shirts will be available before kick-off. The photo on the right shows Port Vale players wearing the designs. 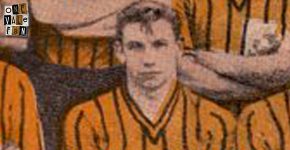 You have to go back a fair way to find a resounding Vale win over Swindon. However, after suffering a 6-0 hammering in 1960 the Vale team rallied to win 4-1 in February 1961. Vale’s hero was Bert Llewellyn (pictured right) who netted a hat-trick 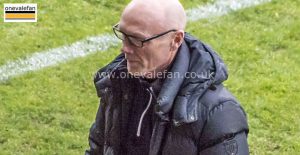 “I can’t concern myself too much with Swindon because it’s a new manager that has come in. He would’ve had a bit more time now to look at the players because he only had a few days before he picked his last team. Does he want to play a certain way, I don’t know, it could be changing. I can’t try to second guess what he’s going to do because I need to make sure our own team is right. However, like any other team in this division, they are capable…”

“We had a practice match on Tuesday which really helped with that – four or five players who didn’t play on Saturday, and they really impressed. I’m feeling more comfortable in my opinions of the players. I’m getting my opinions but they’ll be more concrete as we play more games – I’ll get a better base of the players…”

Ritchie Wellens was once linked with Port Vale in his playing days but has now moved into management. The former midfielder had a year as manager of Oldham Athletic and this will be his second game in charge of the Robins. 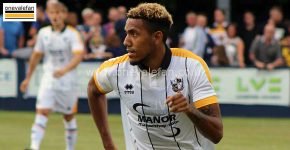 It’s fairly neck and neck over the years with Vale having 30 wins compared to Swindon’s 33 (19 draws) but it’s fair to say that when Vale get it wrong it goes really badly wrong. In the last ten years, we have seen a 6-0, a 5-0 and a 5-2 defeat. Vale’s last scorer against Swindon was Cristian Montano (right) who netted in a 3-2 defeat last season.

He missed Town’s last game through illness but long-serving former Vale striker Marc Richards could well make this match. Richards was signed from Barnsley and netted an impressive 75 goals during a five year spell with the Valiants. To his credit, the forward also twice turned down moves elsewhere (to Cheltenham and Carlisle) before eventually leaving in 2012 to join Chesterfield.

Two other former Valiants – Jak McCourt and Chris Robertson – are in the Swindon squad. 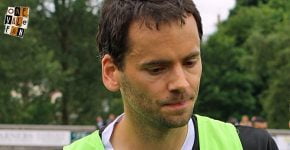 Port Vale manager: it was the worst conditions you can play in