Port Vale have announced that BLK will be the club’s new kit manufacturer. 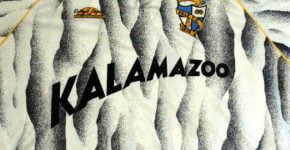 Kits through the year

Take a look at our exclusive feature showing a huge number of Port Vale kits through the years.

It contains examples of home, away, goalkeeper and one-off kits.

BLK is a sportswear clothing company which was established in 2011 in Queensland, Australia.

The Australian company currently produce sportswear not just for football, but ranging from Rugby to Boxing and are the kit manufacturers for Hartlepool United FC and the Las Vegas Lights FC.

“I am extremely pleased to announce that BLK will be our new kit manufacturers.

“After working alongside BLK and our Commercial and Marketing team Chris Turner and Scott Rowland for the past few months, I am excited to get the partnership under way.

“I have no doubt they will deliver a kit that the fans and players will wear with pride.”