A hugely disappointing 2018 got considerably worse when Vale were handed a thrashing by Cheltenham Town on Saturday.

Fans are demanding answers from owner Norman Smurthwaite who promised to do “whatever it takes” in the January window but in many fans’ eyes has not backed the manager. But ultimately the players on the pitch have to do the job for Vale in order to stay up… 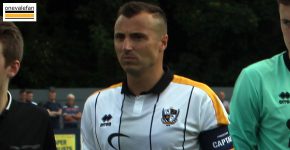 There will be changes to the Vale team not least because Antony Kay (right) is suspended and the impressive Luke Hannant is a major doubt. It could mean that the likes of Chris Regis and Harry Middleton come in from the cold.

Anton Forrester failed to impress when handed a start upfront so he may lose his place to Donovan Wilson while Tyrone Barnett may come into the equation as well.

“We know that they are capable of getting results, so I think we need to be on our toes…”

The longest serving manager in the Football League, Tisdale has been in charge since 2006 managing over 600 games for the club. 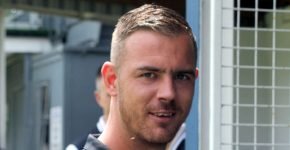 The last time the two teams met was in October this season when the Valiants secured a valuable three points thanks to a winner from talisman Tom Pope.

The last time Vale travelled to Exeter was for that “infamous” 2-0 FA Cup which arguably spelled the end of Rob Page’s reign at the club. 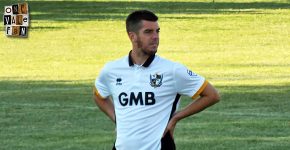 Players to appear for both clubs in recent years include:

Other Vale events that happened this day…