Manager Michael Brown has said the club are interested in adding a “quality” signing and Worrall’s name has been linked in the media.

Millwall Football Club can confirm that David Worrall’s contract has been terminated by mutual consent.

The midfielder joined The Lions in June 2016 and made 41 appearances last term, helping Millwall achieve promotion to the Championship in the process.

Worrall, 27, has seen his opportunities become more limited so far in this campaign, however, and he is now free to search for a new club.

“David has been a fantastic professional during his time with us,” Neil Harris said. “He has always worked incredibly hard, has a brilliant attitude and he played a crucial role in what was a memorable season for us last year.

“We wish him all the very best for what I’m certain will be a bright and successful career. 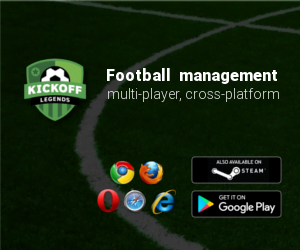 It’s a busy transfer time for Port Vale at the moment but do you reckon you can do a better job than Michael Brown? Why not test your skills out with the fantastic Kickoff football management game.

It’s a game that puts your skills and talent as a virtual football boss to the test. See how you fare and sign-up for free today.