Former Port Vale striker Lee Hughes has revealed that chairman Paul Wildes signed him despite manager Micky Adams having doubts about the signing.

In a wide-ranging interview about his career, Hughes commented that manager Micky Adams’ initial reaction was “I don’t want you here” and that “I never signed you, the chairman signed you.”

However, the veteran revealed that Adams changed his mind after Hughes’ prolific spell at the club and told him he was the “best player I ever signed.” Hughes added that it was “good to show people what kind of person you are.” 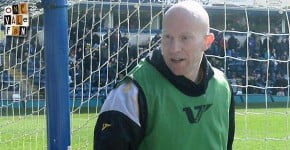 You can watch the full interview below (or if you want to skip to the Port Vale section it begins at 17 minutes 50 seconds).