The photo is from back in August 2013 when the Valiants had another early season game against City. It ended in the Vale beating Bradford 2-1 thanks to goals from Lee Hughes and Doug Loft. The image shows Loft scoring his deflected effort.

Tickets are available to pay on the day. 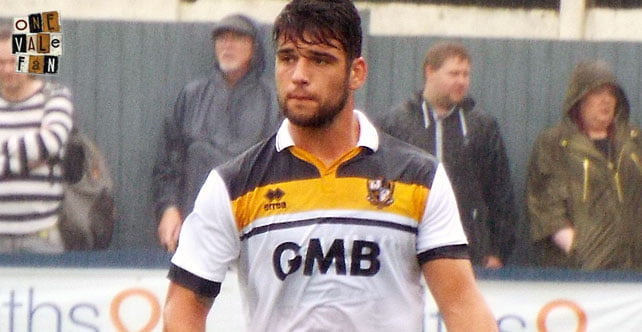 It will be the first game in charge of their clubs for manager Bruno Ribeiro and Stuart McCall (although this is McCall’s third spell in charge of Bradford).

Three Vale players will be missing the game for definite – they are Kiko, Adam Yates and Michael Brown. Kjell Knops is expected to start at left-back with youngster Nathan Smith in line for his debut in central defence after an impressive pre-season.

It ended in a 1-1 draw at Vale Park back in January. AJ Leich-Smith gave Vale an early lead and Bradford had Lee Evans sent-off before their ten men equalised through Jamie Proctor. The match at Valley Parade ended in a 1-0 defeat for Vale. 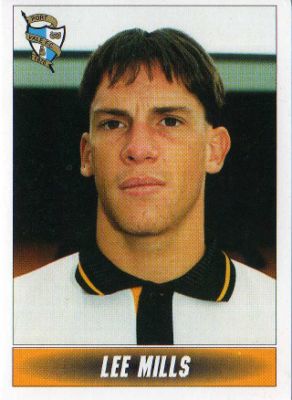 One of the more prominent players to switch between the clubs was striker Lee Mills. A makeweight in Robin van der Laan’s £475,000 transfer to Derby County, Mills rose to prominence at the end of the 1996-97 season with a run of nine goals in fourteen games. He finished with fifteen goals and the player of the year award.

However, in typical Bill Bell style, Mills was sold on the eve of the following season, joining Bradford City for a fee of £1m and became the Bantams’ first million pound player. At the time he less than endeared himself to Vale fans by commenting “Three years at Port Vale is enough for anybody.” Mills was an instant success at Bradford scoring 24 goals as the club were promoted to the Premier League. He left Bradford to join Portsmouth for £1.25m in 2000.

In terms of the present squad, goalkeeper Jak Alnwick spent a loan spell with Bradford without making an appearance while Bradford winger Mark Marshall had a successful season with Vale before switching to the Bantams. 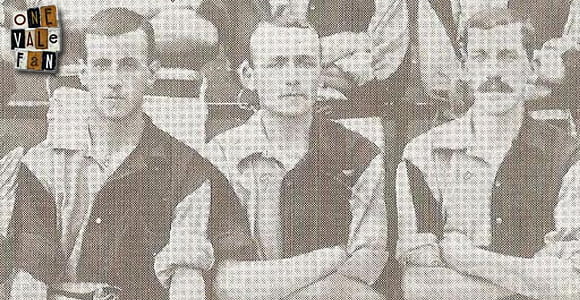