A Gareth Ainsworth interview from the 1997-98 season published in the Port Vale matchday programme.

The all-action winger joined for a club record fee of £500,000 in 1997 following Port Vale’s sale of Jon McCarthy for £1.5m. Ainsworth lasted just one season at Vale Park before he was sold to top-flight Wimbledon for a club record £2m. After the end of his playing career he moved into management. 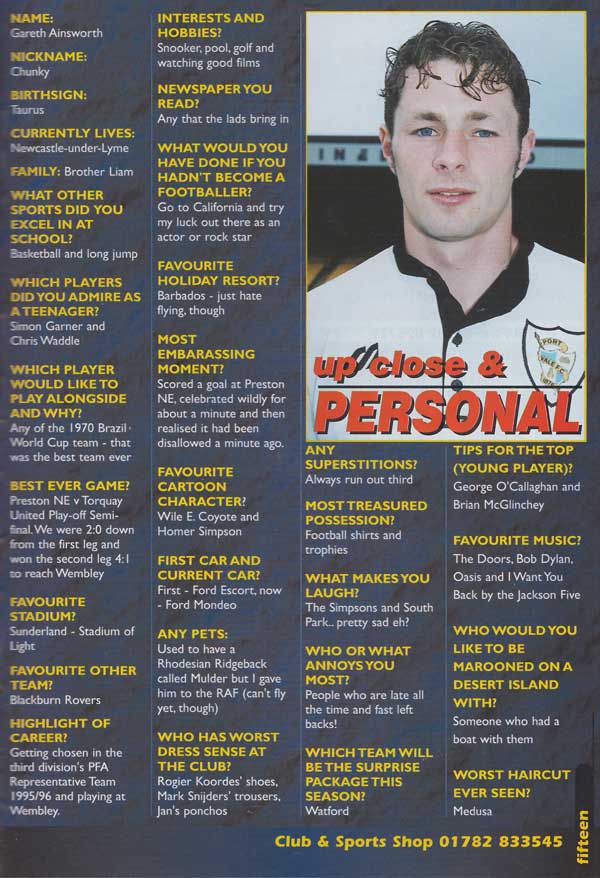