The squad has an identity – how about the rest of the club?

Rob Fielding says the Vale coaching staff were right to develop an on-field identity and it’s time for the rest of the club to follow suit.

One of the improvements put in place by Rob Page and his new coaching staff may have slipped under the radar. In April, the manager commented how any newcomers must be “the right type of player”and have the character to “fit the bill of what we are doing and how we go about our business.”

What is he talking about? Well, this season how Page and his coaching staff have installed a sense of loyalty and responsibility into the Vale squad. Just look at this notice as an example: 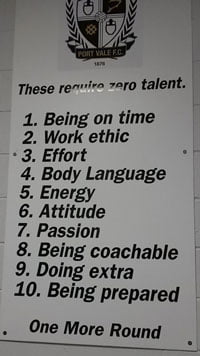 Apparently, fitness coach John Harbin has reportedly been responsible for the numerous motivational signs that have been placed within the stadium (another is below) and obviously the coaching team believe it will encourage a team ethos and identity. 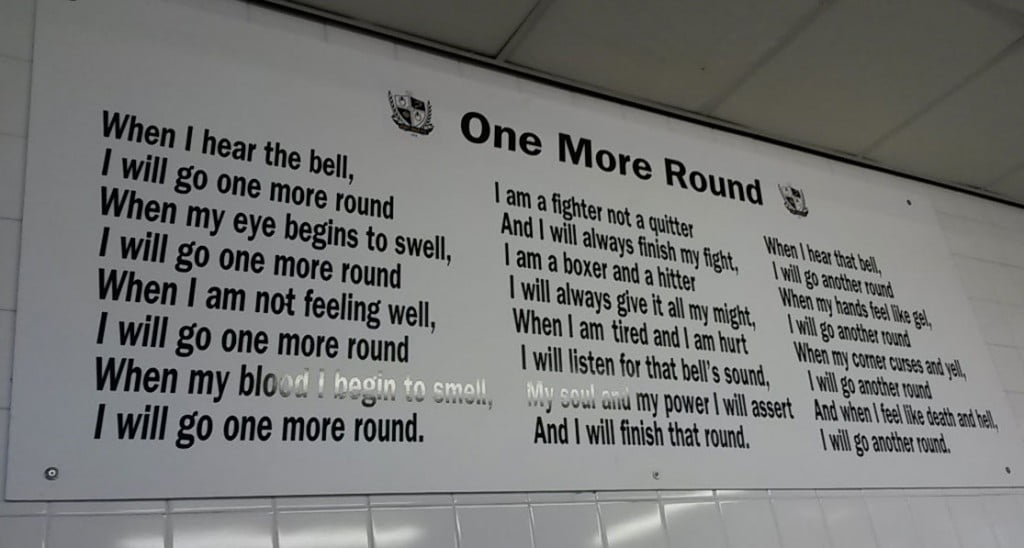 It’s a message that is even taken to away games as this tweet shows:

I think it’s a worthy idea, this type of team bonding and motivation isn’t going to cost much and can only be a positive thing. However, what a pity that such innovation is not present elsewhere at the club.

I really liked the idea, under Paul Wildes’ tenure, of giving the club a distinct identity. There was a specific font used, all communication used a particular palette of colours and the message was that Vale had a proud history and was a community club. Here’s an image from that time: 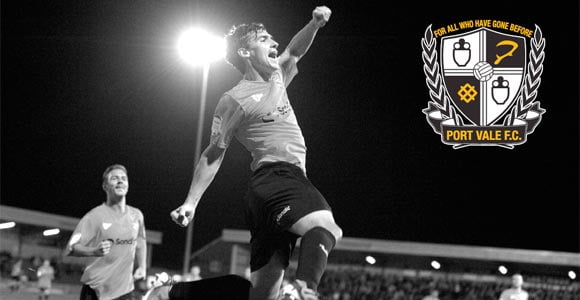 Does anyone really know what Vale stands for? Or what it should stand for? Well, here’s my suggestion… how about as a fan-friendly club? It would be great to see things that get Vale a reputation as a tolerant and understanding club namely:

Measures such as these would surely not cost a lot but it would give Vale a reputation as a club who appreciates its fans, its employees and its history.

We’ve already got an identity in the dressing room, now let’s get one across the whole of the club.

It may be loathed but is the Checkatrade Trophy benefiting Port Vale?

Neil Aspin: everyone is in contention for Mansfield game