Cult hero Joe Fidler: He played only a handful of games for Port Vale but Joe Fidler should be celebrated for his actions during World War One.

Joseph (Joe) Fidler was born in 1885 and after a spell with hometown club Sheffield United, he had a spell in London playing for Arsenal, Fulham and QPR.

In 1914, Fidler signed for his fifth club – Port Vale – but only managed to play five games for the Valiants.

However, in January 1915 with the country at war with Germany, Fidler took the brave option to join arguably the most famous football-related unit in the British Army – the 23rd infantry battalion of the 17th Middlesex Regiment, also known as the Football Battalion.

Joe’s decision came a fortnight after the formation of the unit had been publicised and perhaps that played some part in his decision as some 122 professional players duly signed up for the battalion. They included goalkeeper Tommy Lonsdale who was to sign for the Valiants after the war ended. However, Joe Fidler was the only current Port Vale player to sign-up for the prestigious battalion although several other Vale players also took part in the war effort. In fact, many football players deliberately chose to avoid the battalion and joined other regiments instead.

As a serving member of the Battalion, Fidler was to witness and take part in some of the harrowing action of World War One including the battle of Arras where 462 members of the unit lost their lives. By the end of the war, a thousand members of Fidler’s unit had lost their lives.

However, Joe was not one of them and he returned to England to continue his career – this time in non-league circles. He passed away in 1948 aged 62.

About the Football Battalion 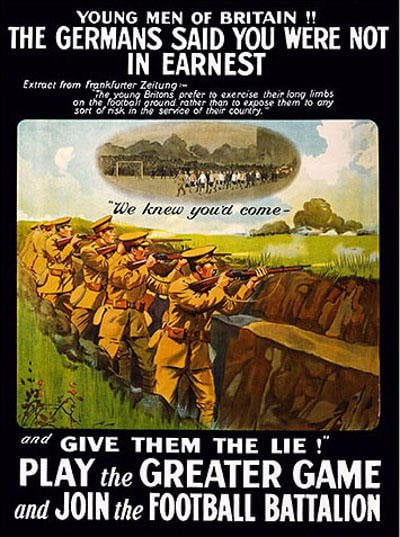 One soldier, serving in France, wrote to a British newspaper to complain that “hundreds of thousands of able-bodied young roughs were watching hirelings playing football” while others were serving their country. The suggestion was even made that King George V should cease being a patron of The Football Association.

Sir Arthur Conan Doyle publicly objected and appealed for footballers to volunteer for service, saying “If a footballer has strength of limb, let them serve and march in the field of battle”.

William Joynson-Hicks formed the battalion on 12 December 1914 at Fulham town hall after Secretary of State for War, Lord Kitchener, suggested it as part of the Pals battalion scheme. England international Frank Buckley became the first player to join, out of thirty players who signed up at its formation. The formation was announced to the general public on 1 January 1915.

By the following March, 122 professional footballers had signed up for the battalion (football officials such as referees and fans also swelled the battalion’s ranks). 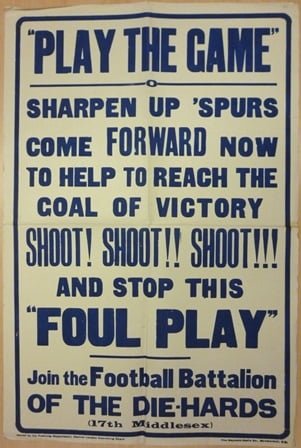