In a lengthy eulogy to the late Motorhead frontman Lemmy, Lars Ulrich of Metallica recalls the legendary 1981 gig at Vale Park.

Burslem-born Lemmy sadly passed away in the New Year and Ulrich was one of a number of high profile names to speak at Lemmy’s funeral in Los Angeles.

Ulrich recalls: “I ended up in England and spent a little bit of time with Diamond Head. The biggest show in England in the summer of 1981 was the Heavy Metal Holocaust at a place called Port Vale Football Stadium.

“It was a stadium for 40,000 people and Motörhead was headlining, they had just put out their No Sleep ’til Hammersmith album, which had entered the British charts straight at Number One. They were the biggest thing in England that summer. 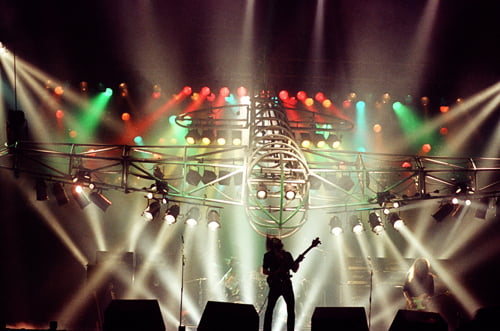 “So me and one of the guys in Diamond Head went to Port Vale to try and see the show, but it was sold out.

“Long story short, I told someone working there that we were friends with Lemmy; we knew some of the road crew. Within 10 minutes, me and my friend were backstage in the Motörhead compound at this stadium gig. I’m telling you, you’ve got to understand the mindf**k. They were the biggest band in England that summer. Every single person in music in England knew who Lemmy was there, and still, this fucking snot-nosed, acne-infested f**king 16-year-old kid from Denmark via California found his way into the Motörhead compound. It was a total mindf**k.

The concert took place at Vale Park in 1981. Originally, Motorhead and Black Sabbath were to headline but Sabbath pulled out due to “recording commitments” to be replaced by the Ozzy Osborne band. Other groups to appear were Mahogany Rush, Triumph, Riot and Vardis.

Read more about the legendary Heavy Metal Holocaust and see a selection of photos in our various special features: