A locally-born player, defender Stan Turner signed for the Valiants in 1949 and made his debut a year later.

He established himself in the team under manager Freddie Steele during the 1951-52 season.

The full-back then became a key figure in the famed “Iron Curtain” defence of 1953-54. He made 51 appearances that season as the club coasted to promotion and also reached the FA Cup semi-final stage. Turner was a member of the famed “Iron Curtain” backline which set numerous defensive records for the Valiants. However, Turner famously did not get on with fellow full-back Reg Potts.

He was injured in 1955 and struggled to regain his place in the Port Vale side. He was subsequently transferred to non-league side Worcester City in 1957. He later had a spell with Burton Albion before ending his playing career. 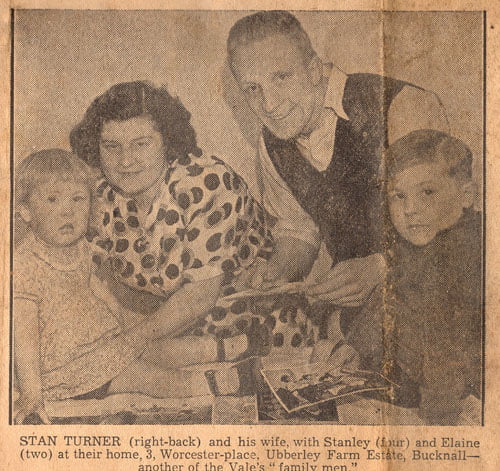