The talented midfield playmaker Ian Bogie was signed for £50,000 from Leyton Orient in 1995.

He was handed a free transfer in 2000 and joined Kidderminster Harriers. 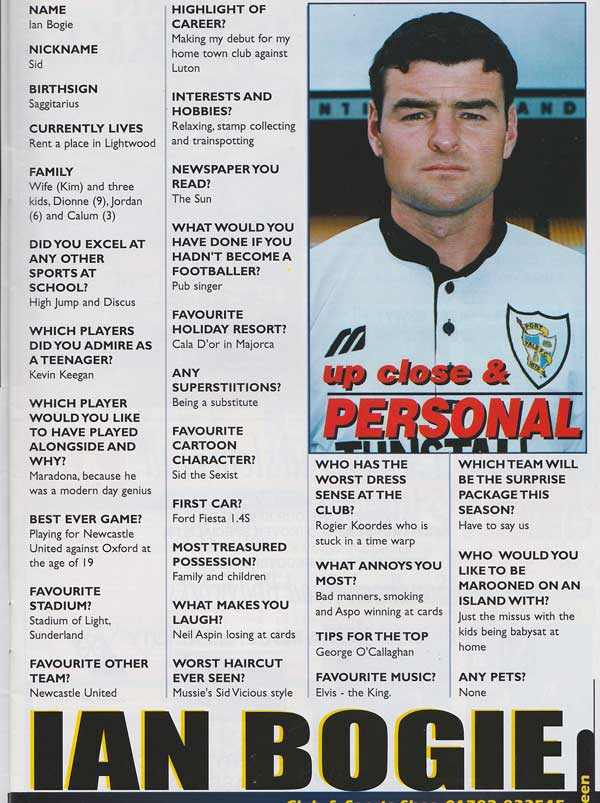