Adrian Littlejohn joined Vale on a short-term contract in February 2003 after playing abroad and spending a spell on trial at Barnsley.

The vastly experienced forward had previously played for Walsall, Sheffield United, Plymouth Argyle, Oldham Athletic and Bury before joining the Valiants. He had won promotion with Plymouth Argyle in 1996.

He was released by Port Vale in the summer of 2004 and later joined Lincoln City. He then had spells with Rushden & Diamonds, Mansfield Town and finally with Leek Town. He retired from playing in 2004 with 79 goals from 494 games.

After finishing his footballing playing career, Littlejohn became a physio with spells at Rotherham United and Cardiff City. 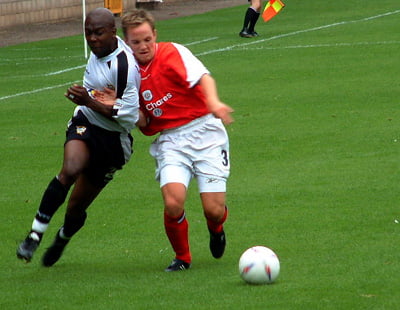