Of the many items kindly shown to us at the Vale Vaults exhibition, this is the one which entertained us the most at OVF Towers. We’ve pixelated out this person’s identity so read on to find out who it is…

In the midst of the weekend rush, a lady came to OVF editor Rob Fielding holding a photograph and asked him “Do you know who this is?” Rob had been fielding several questions about former players and expected to be told that it was a former Port Vale footballer.

Imagine his surprise, when he was told that the person featured in this photograph is none other than OVF moderator and legend Barry Edge!

Here he is pictured sometime in the 1950’s in the Potteries. Nice car Barry! 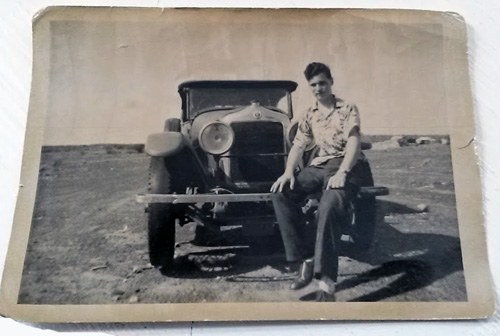 Barry, of course, is a legendary figure on our website.

His poems and memoirs mark memorable occasions far better than our regular features while his hugely popular Guess the Crowd competitions have generated tens of thousands of pounds for the Port Vale shop.

Thank you for your support and hard work on OVF Barry! 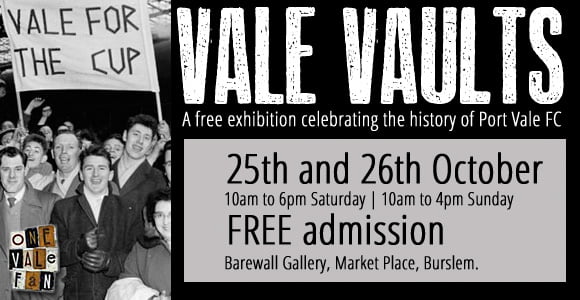 If you’d like to look back at our video and photos from the Vale Vaults exhibition please go to this link: