Cult hero Sam Bennion: Roy Sproson springs to mind as the ‘ultimate Valiant’ – but perhaps we should also consider Sam Bennion who was fan, official, player, manager, chairman and saviour of the club. Phew!

Bennion served the club for many decades. As a boy growing up in Burslem he had started supporting the fledgling club in the 1870’s and 1880’s .

He later became a club official and this led to a bizarre occurrence – his one and only appearance as a player. In 1894, Vale were a man down for the fixture against Oldham so Bennion was drafted in, playing as a left-back in a 2-2 draw.

Bennion continued to be synonymous with the club and in 1906 he added another string to his bow when he was appointed manager. The club was engaged in a cost-cutting exercise and previous manager Tommy Clare was deemed to be too expensive so Bennion was drafted in.

That 1906-07 season proved to be a chastening one as Vale, under great financial pressure, folded. But Vale fan Bennion refused to let the club die. Cobridge Church took over the immediate running of the club while a group of directors, headed by the irrepresable Bennion invested much needed capital into the club. It worked and Bennion was duly elected Chairman from 1908 to 1911.

In 1911, the club decided to move to a new ground – the Old Recreation Ground and this re-organisation saw JH Edwards named as Chairman although Bennion remained as a director until 1933.

Bennion died in 1941 at the age of 70 and it is unlikely that Port Vale, or indeed any other club will see his like again. 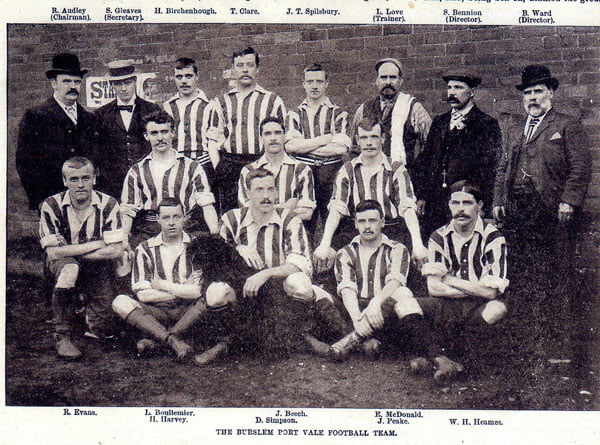 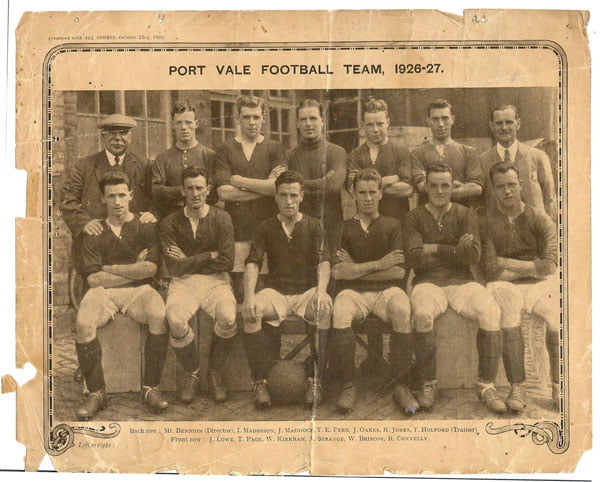