We take a look ahead to our next League One game – the visit of Crawley Town to Vale Park on Tuesday night.

Midfielder Billy Knott is eligible to play after being cup-tied against Brighton. who is cup-tied. Meanwhile, Carl Dickinson is still suspended so Adam Yates is set to be named as left-back after Rob Taylor was injured against Brighton.

Dannie Bulman is Crawley’s only absentee while the visitors could hand a full debut to Gary Dicker.

“It is good we have another game, they come thick and fast for us and we have the chance to put it right tonight.”

“They won three-one and they were the better team and they deserved it, but we have got to pick ourselves up and go again on Tuesday.”

After a brave team selection by Micky Adams, Vale defeated Crawley 3-0 earlier in the season. Vale’s goalscorers were Louis Dodds, Doug Loft and Ben Williamson but arguably the star of the show was debutant Jordan Hugill.

Beat Crawley at home is… never. The only other time the two sides have met at Vale Park was in 2011 where a 2-2 draw was played out. Vale’s goals came from Marc Richards and Louis Dodds. 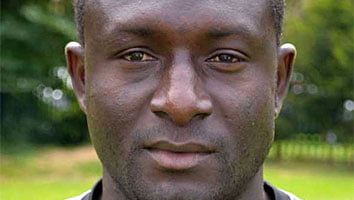 Striker Guy Madjo spent a spell at Crawley from 2007 to 2008. He netted eleven times in eighteen games. Madjo joined Vale on loan from Stevenage in 2011 but despite a hat-trick against Aldershot, Vale’s poor finances meant that the loan could not be extended.

Striker Callum Willock spent a brief spell with the Valiants in 2007. He made twelve starts (plus eight sub appearances) scoring four times.

However, in January 2008 he opted to join Stevenage in preference to the Valiants and after a year in Bedfordshire he moved on to Crawley where he made sixteen appearances, scoring twice.