Midfielder Chris Lines has joined manager Micky Adams in pushing for an extension of his Vale contract, according to the Sentinel newspaper.

Lines is one of 14 Port Vale players, including Carl Dickinson, Chris Neal, Jennison Myrie-Williams and Doug Loft, who are out of contract in the summer and after a good start to his Vale career, the midfielder is keen to stay.

Lines told the Sentinel:  “It would have been nice to have been offered a little contract extension already to be fair, but I think money is a bit hard to come by at the moment!

“I have always said I want to play as high as I can, I don’t want to undersell myself.

“I am happy here at the moment. I think people can tell in the way I am playing that I am enjoying it. The fans are great and the lads are the best bunch I have worked with.

“I am settled here so I can’t imagine I will be going anywhere soon.”

At the weekend, manager Micky Adams also expressed a desire to stay at Vale Park but also revealed he is yet to see any new contract.

With the manager and 14 players soon to be running down their contracts, it could be time for the club to act and arrange new deals with their manager and key players sooner rather than later.

Adams' contract should be no.1 priority 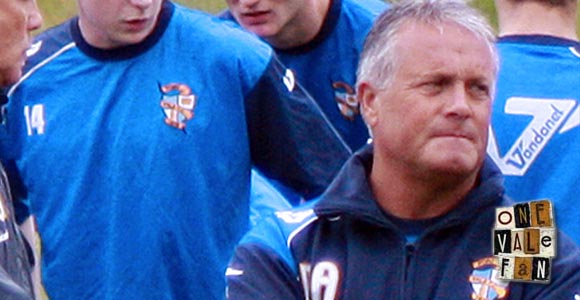