In our “memory match” series long-serving Vale fan Stuart Dean takes a look back at a vintage Vale match. In this second article we look at a memorable game for Vale winger Colin Grainger.

Port Vale had embarked on another FA Cup run and were scheduled to meet Sunderland, a side that Grainger had spent three years at, in January 1962.

The first game was played in front of a crowd of 49,468 at Roker Park and Vale’s defence managed to keep prolific striker Brian Clough at bay as they recorded a well-deserved 0-0 draw.

For the return, a crowd of 28,226 witnessed a 3–1 victory for the Port Vale with former Sunderland star Grainger starring in what the local press described as “a magical piece of soccer history.” The Vale goalscorers were Jackson, Poole and Llewellyn.

Sadly, Vale’s cup run was to end in the next round at Craven Cottage.

The Valiants “scored” a goal only for the referee not to spot it and first division Fulham then scored a late penalty to put Norman Low’s side out of the cup.

Colin Grainger made seven England appearances, scoring three goals. However, he is also remembered for his singing, performing in a number of pubs and clubs, including the same bill as the Beatles. After retirement, he signed a record deal.

The match during which Grainger put his old side out of the cup took place on January 27th, 1962. The game ended Port Vale 3-1 Sunderland. Here are some screengrabs of the programme from that game: 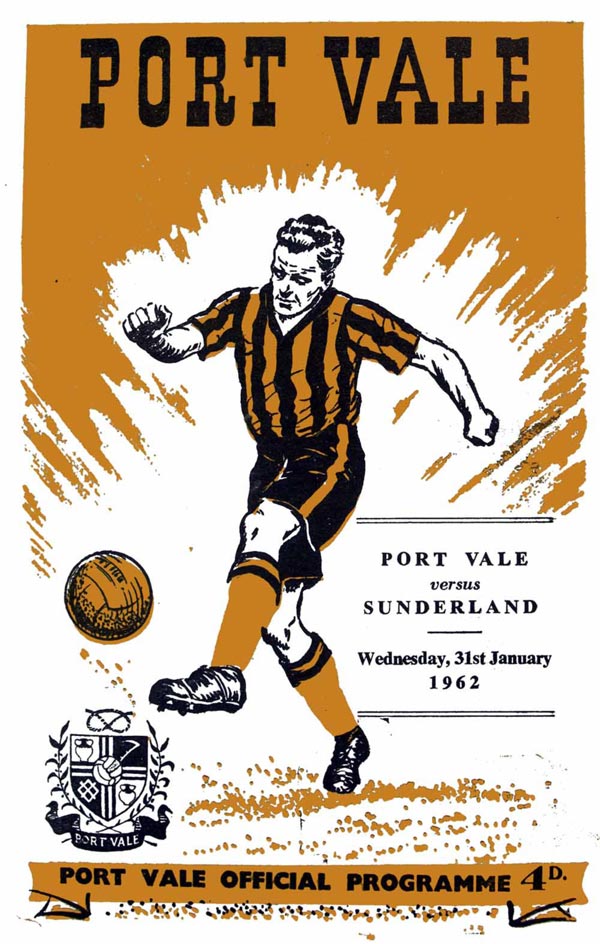 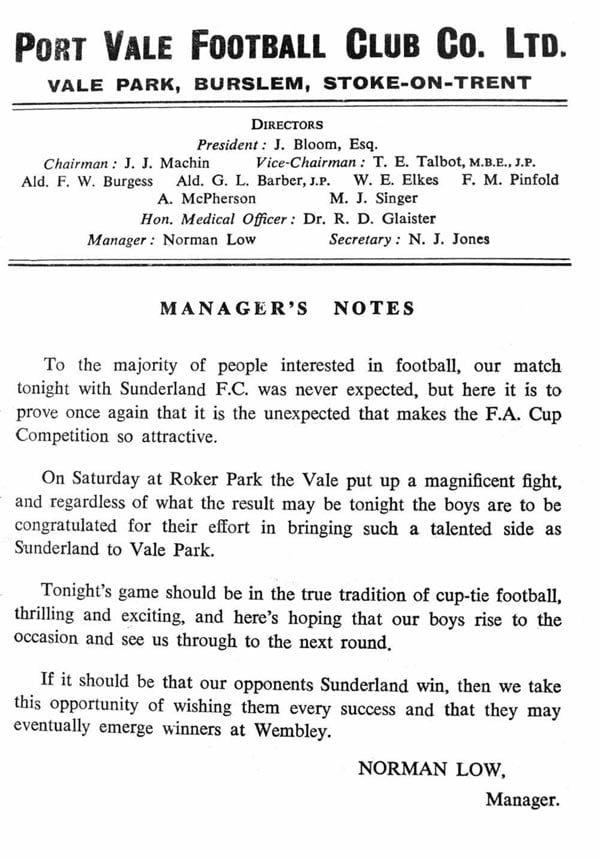 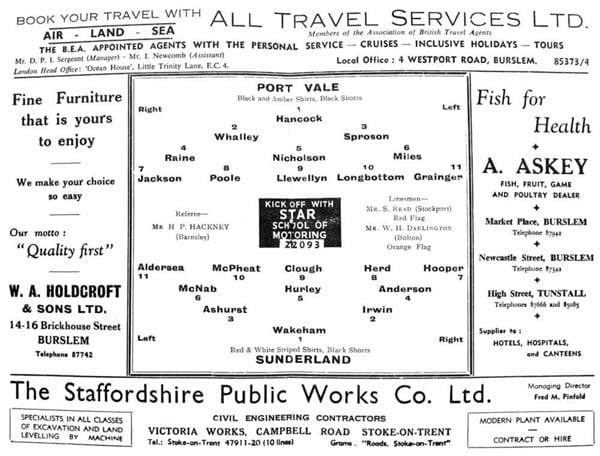 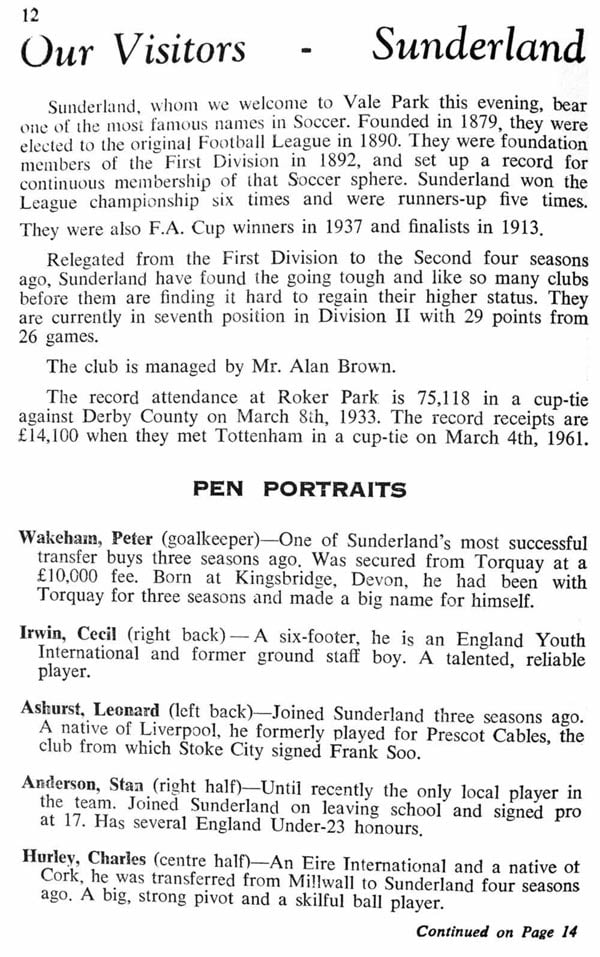