World Beard Day takes place every September and to celebrate that momentous occasion, here is our pick of Port Vale’s bearded superstars… 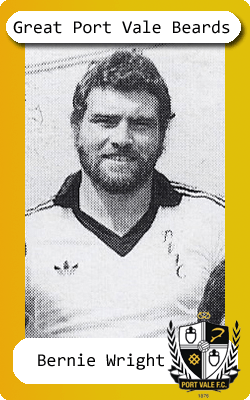 According to the late 1970’s terrace chants, “Bernie’s evil” but then again he did possess a fine face of hair. The burly striker also features in our OVF Cult heroes section and you can read that feature here. 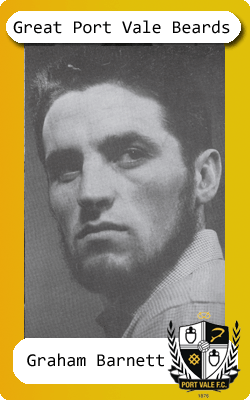 The striker is still involved with the club as a member of the former players association and he grew this beard during a memorable FA cup run in the 1950’s. For that alone, we’ve added an extra 0.5 marks (awarded for loyalty to the cause) to his beard rating. 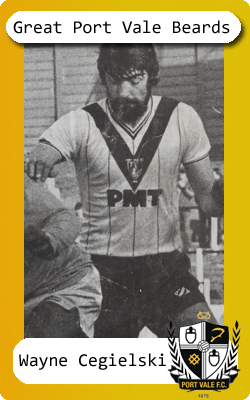 Bearded Wayne may not have looked much like a footballer when he joined us but he’d played for Wales U21 and been on the books of Tottenham Hotspur before moving to Vale Park. He also played a key role in the 1983 promotion being named as player (and presumably beard) of the year. 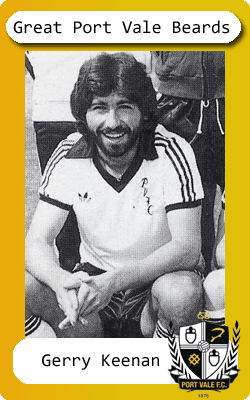 Yet another player from the beard “glory years” of 1978 to 1982, Gerry is still involved at the club as a matchday ambassador. But why isn’t he using his position to persuade some of the latest crop of players to leave the razor at home? 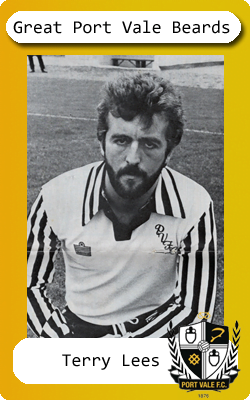 An earlier pioneer of the unshaven look, Lees was a team-mate of Brian Horton and could have influenced the former Vale midfielder’s to adopt hirsute spells for Luton Town and Brighton. Sadly, Brian didn’t appear to adopt the beard as player or manager for Vale so former colleague Lees will have to do. 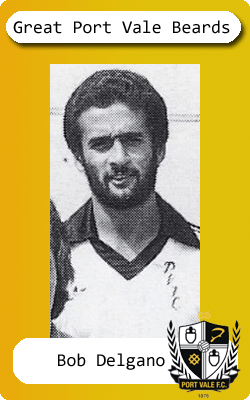 Yet another bearded wonder from the 1978 to 1982 beard glory years, Delgano unfortunately played during one of Vale’s poorest spells in their history. 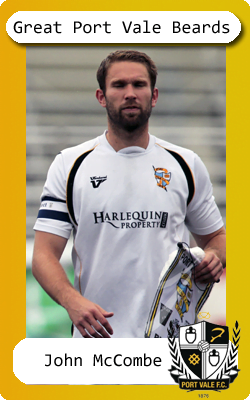 The best example of a beard in recent time, sadly McCombe’s effort falls short when compared to the efforts of Keenan, Cegielski et al and so he is awarded a mere five out of ten. 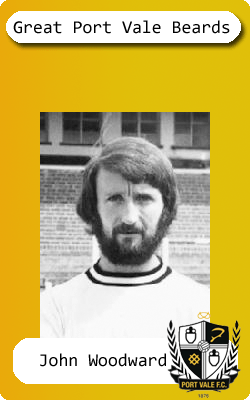 And finally, our favourite bearded Vale player. Bearing an uncanny resemblance to a chemistry teacher we used to be taught by, striker Woodward’s marvelously bushy effort earns him top marks in our beard ratings. 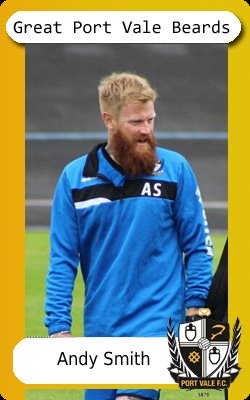 One of two new entries to this page, Smith’s effort is a fine way to showcase his red locks. We think it’s deserving of top marks in our beardometer… 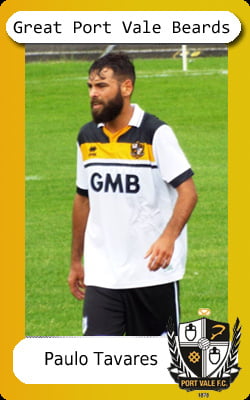 The Portuguese midfielder will be hoping to make his mark on the pitch, well, he’s making his mark visually with this fine effort (perhaps in tribute to Wayne Cegielski’s bearded locks – look above and you’ll notice the similarity). Top marks… 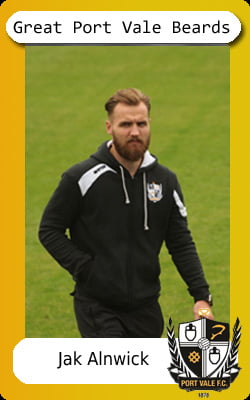 Completing a trio of entries from 2016, Alnwick clearly outclasses recent rival Chris Neal in the “best bearded goalkeeper” category and is like Tavares and Smith a faultless addition to our list…

We’re limited in our choice to those players we have photos of – but if you have an image of a bearded Vale player that you want to share with us, please email [email protected]