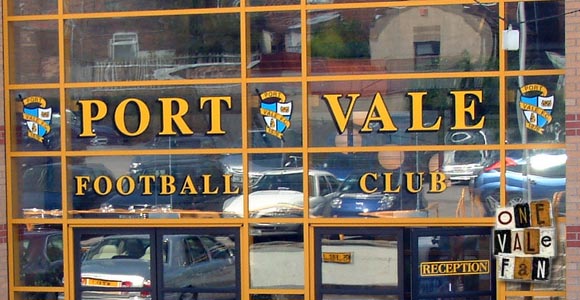 Port Vale’s administrators have confirmed that they have spoken to Staffordshire Police with regards to the hugely controversial “nil-paid” shares issue involving former directors Perry Deakin and Peter Miller.

He said: “This is a matter we have started to investigate. We are not going to say much because we do not wish to prejudice any legal claims we may have.”

Krasner said the administrators would have more power to investigate once they become liquidators of the old Port Vale company in September or October.

He said: “As liquidators we have tremendous powers to look at transactions prior to our appointment. Directors can be forced to answer awkward questions in a court of law under oath if they don’t co-operate. I am giving an undertaking on behalf of the joint administrators, who will be joint liquidators, that these matters will be investigated. If appropriate, and if the legal advice says so, action will be taken on them.”

His fellow Begbies-Traynor administrator, Bob Young, said their solicitors, Grindeys of Stoke, had already begun a thorough examination of the club’s dealings before it went into administration.

He said: “They have gone through boxes of papers already.

“We are taking our investigations seriously. We have had contact with the police in case there is anything that might be fraudulent or criminal.”

A spokesman for Staffordshire Police said: “We have had communication with the administrators, who are continuing to review the accounts and circumstances that led to the club going into administration.

“We are awaiting further information from the administrators.”

What’s the fuss about?
In October 2010, Perry Deakin and Peter Miller both sought election to the Port Vale board. In a letter to shareholders the pair claimed that they had purchased £100,000 and £250,000 worth of shares respectively. Many shareholders saw this as evidence of their committment to the club and the pair were duly elected.

However, in December the Sentinel disclosed that the dup had been elected with “nil-paid” shares – that is effectively IOU’s promising to pay for the shares at a later date. What’s more, the shares were supposed to be purchased for the pair by Blue Sky Turf’s Hank Julicher, a deal which contravenes the club’s rules of associations limiting the number of shares one person can purchase. Julicher pulled out of his investment and despite claims that the shares would still be paid for, there has been no evidence of that money reaching the club’s bank accounts.

Critics would argue that the pair deceived shareholders, broke the board’s own rules and that this lack of money paid a key part in the club’s decline into administration. For more details, see the timeline on the Get Out of Port Vale website – http://www.getoutofportvale.co.uk/timeline/