When Vale forced to play in orange!

Were you at Vale Park in 1986, when the Valiants lined-up in a bright orange kit? We have the photos to prove it.

This topic was discussed on the OVF forum in recent weeks and by chance I came across an old Port Vale programme that featured photographs of the game.

Unfortunately, they are in black and white, so you’ll have to imagine them in colour. Basically, the situation was this – Vale Park was covered in snow, Preston were in their yellow away kit…

Then, the ref then decided that Vale’s white shirts were not showing up against the snow and as Preston were already wearing yellow, Vale could not wear their yellow away kit. A hasty search revealed a training kit, looking suspiciously like a Luton Town away kit (in bright orange) and with patches over the club badge, Vale played the game.

As for the result… Vale lined-up with loanee Steve Cammack upfront. He was woeful, Vale lost 1-0, the fans were freezing and the whole thing took place on the 4th January, the day before my birthday!

Anyhow, here are the photos: 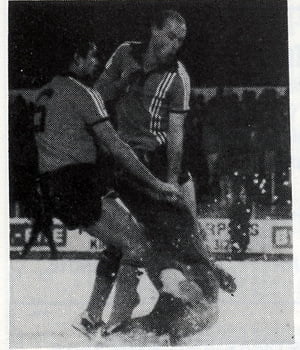 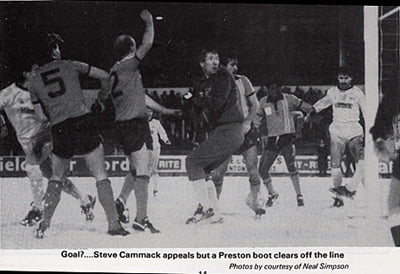 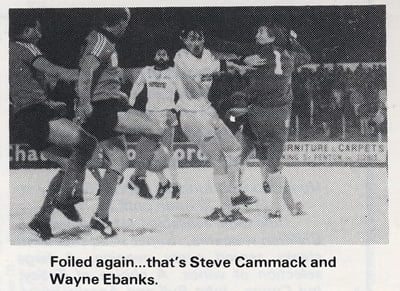 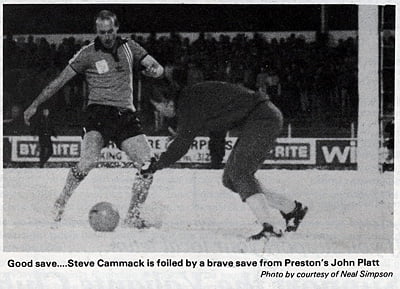