The Sproson revelation in Shoot magazine

In this 1988 edition of Shoot magazine, Port Vale were featured due to their epic cup run. This edition ran just before Vale’s fifth round clash with Watford and featured a fascinating revelation from Phil Sproson on how close he came to joining neighbours Stoke City.

The match against Watford finished in a goalless draw before Vale lost the fifth round replay at Vicarage Road. 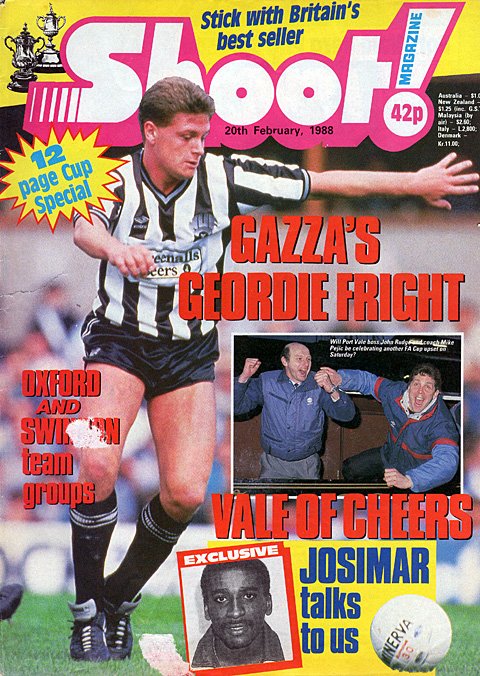 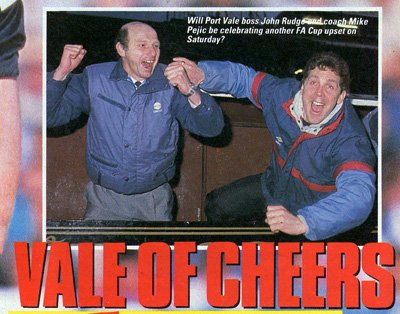 That Vale promo in detail 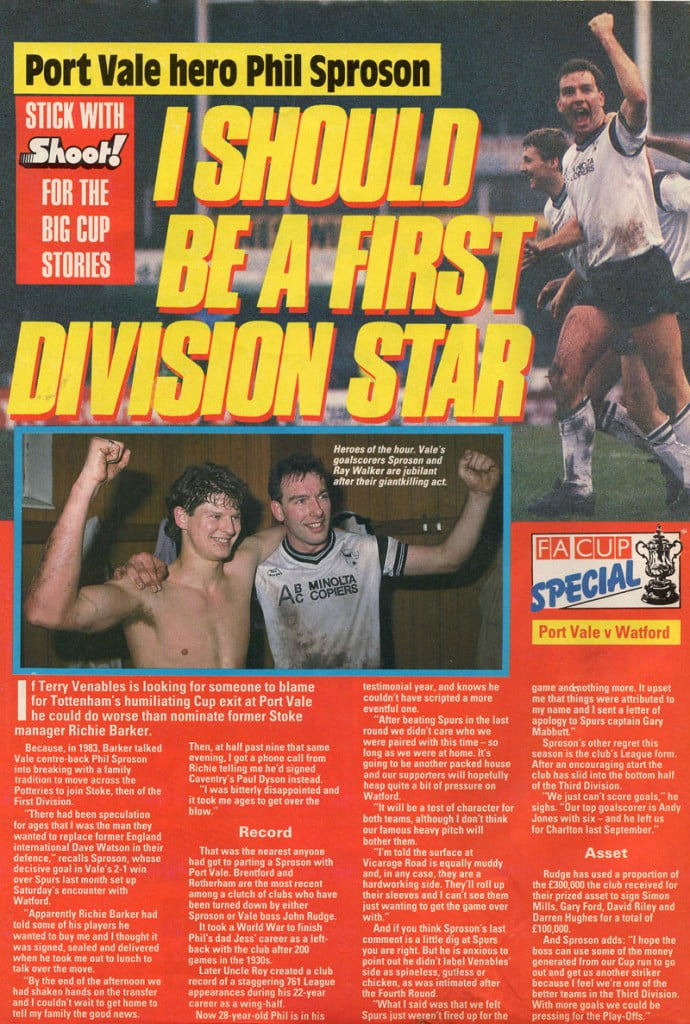 The interview with Sproson, you can click on the image for a bigger version 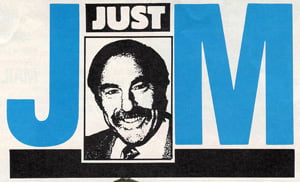 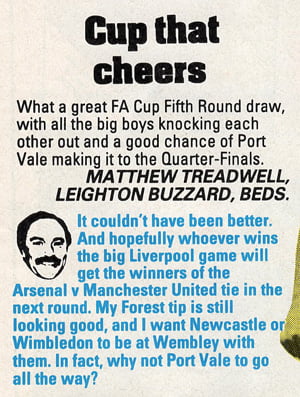