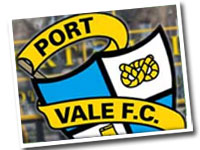 The Port Vale Supporters Club has announced that the EGM which aims to remove the discredited board will take place on March 13.

The date is the same day as the club’s scheduled AGM.

The full press release from the Supporters Club reads as follows:

Port Vale Football Club has this afternoon confirmed to the Supporters’ Club that it will hold the long-awaited Extraordinary General Meeting (EGM) on the same day as the Annual General Meeting.

The EGM will take place on Tuesday, March 13, at Vale Park at a time to be confirmed by the club in a letter to shareholders which will be sent out no later than February 25. This letter will contain all information relating to the AGM as well as resolutions tabled for the EGM.

Port Vale Supporters’Club has called the EGM to remove the club’s four directors – Mike Lloyd, Peter Miller, Glenn Oliver and Perry Deakin – in the light of the collapse of the Blue Sky investment deal, the issuing of nil-paid shares, the mortgaging of Vale Park and the numerous examples of the board misleading and failing Vale’s fans and shareholders.

The Supporters’ Club also intends to institute an interim board at the EGM which will deliver much-needed transparency by examining the club’s finances; liaising with creditors and where appropriate taking independent professional advice to try to secure the future of Port Vale in the future after many months of failure and uncertainty caused by the current board.

The Supporters’ Club’s solicitor is in contact with Vale’s solicitor and also the Football League regarding the club’s affairs.

All Port Vale fans are invited to a meeting of the Supporters’ Club which will take place tomorrow (Tuesday, Feb 21) at 7.30pm at Smallthorne Victory WMC.

It is hoped that all six candidates proposed for the interim board will be present to meet with fans and to answer questions.

The SC committee would also again like to thank fans for their support at this difficult time and ask that they continue to work with us for the good of OUR club.

The Supporters’ Club, which now boasts a membership of more than 1,000 fans, would also like to take this opportunity to wish Micky and the lads all the best for Saturday’s away trip to Northampton.

Membership of the Supporters’ Club is completely free and you can join online through this link: